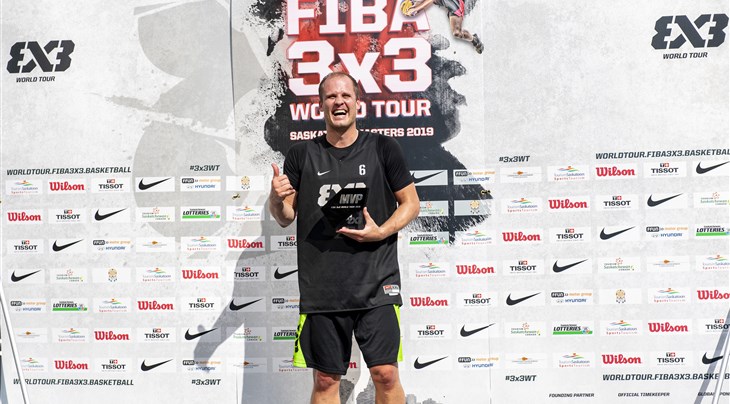 The FIBA 3x3 Europe Cup 2016 MVP was unstoppable in Canada. 'The Teacher' led all scorers in Saskatoon with 34 points overall. He was his team's top scorer in each one of the top 3 games, including a 10-point outburst in a heart-breaking quarter-finals against Kranj (SLO), where he cold-bloodedly iced the 2 free throws for the win with 2 seconds left in the game.

Ovnik led Piran to their 3rd Masters in title in World Tour history after Lausanne in 2014 and Chengdu in 2017.