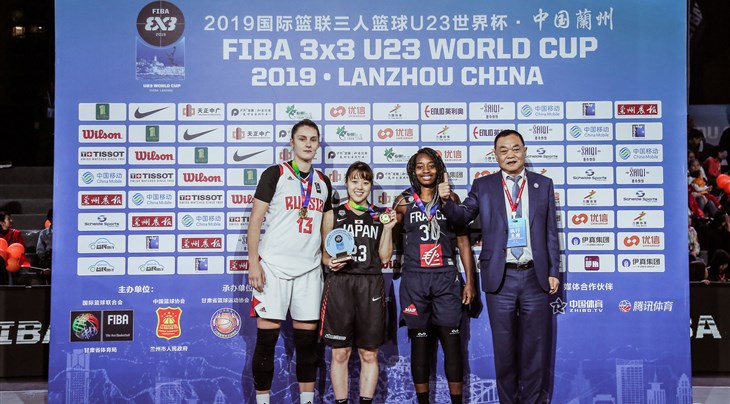 LANZHOU (China) - Mai Yamamoto (Japan) was named MVP of the FIBA 3x3 U23 World Cup 2019 after leading Japan to the title on October 6.

The 3x3 rising star traded last year's silver medal and team of the tournament status for gold and the MVP trophy. The pocket-sized playmaker (5ft 5in, 1.65m) scored a team-high 39 points and was a leader for her team the entire tournament, including the final against Russia (19-14).