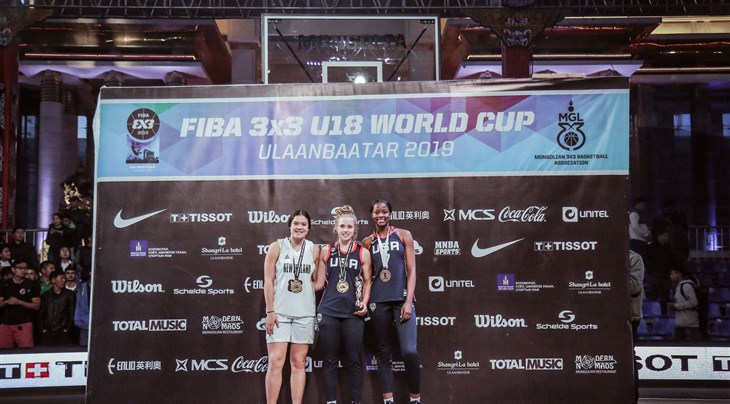 ULAANBAATAR (Mongolia) - Hailey van Lith was named MVP of the FIBA 3x3 U18 World Cup 2019 in Ulaanbaatar (Mongolia) on June 07. She was joined on the Team of The Tournament by her teammate Rickea Jackson and New Zealand's Charlisse Leger-Walker.

Rickea Jackson joined her on the team of the tournament thanks to her key role in the star-studded USA as she finished the event with 39 points.

Charlisse Leger-Walker joined them on the team of the tournament after leading New Zealand in scoring with 45 points in their silver-medal run.