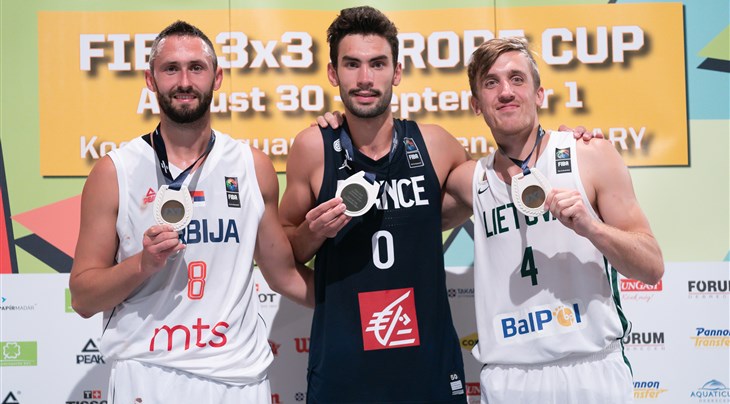 The World Cup 2017 MVP added more silverware to his trophy cabinet after a 9-point explosion in final against France.

He was joined on the team of the tournament by event top scorer Marijus Uzupis, who led Lithuania to the bronze medal and Lucas Dussoulier, who struck silver for France .