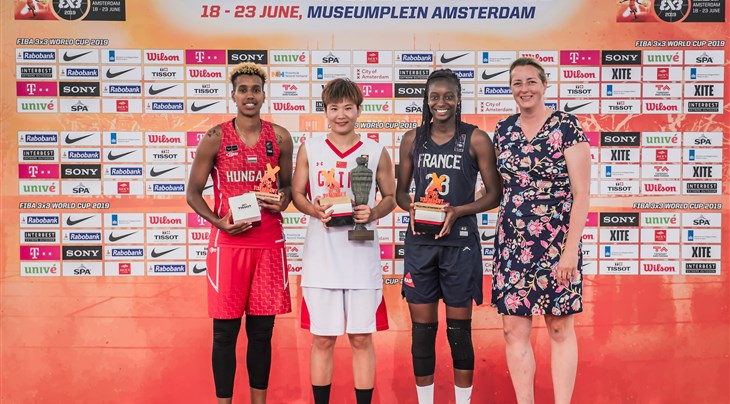 The 24-year-old was unstoppable during the competition with her restless drives to the rim and mean crossovers. She finished 6th overall in scoring with 35 points..

The Chinese 3x3 star was joined on the Team of the tournament by Europe Cup 2018 MVP Migna Touré, who won bronze for France. Hungary star Cyesha Goree completed the team after finishing 2nd in scoring with 45 points and leading her country to an unbelievable silver-medal run.