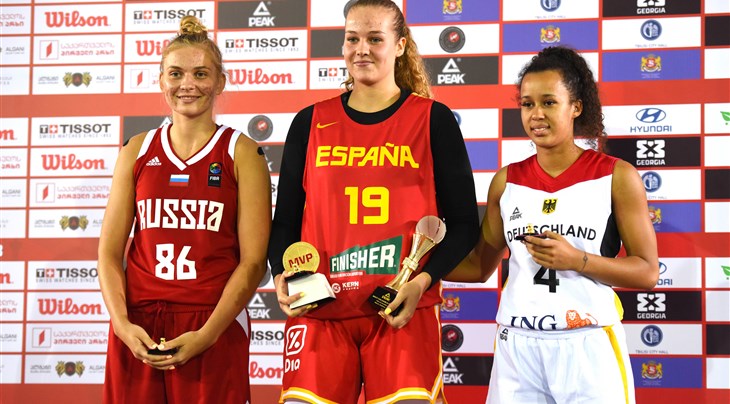 The Spaniard was unstoppable during the whole tournament leading Spain to their first-ever gold in the competition. She was a force in the final, scoring 14 of her team's 17 points in their win over Germany.

She was joined on the team of the tournament by Germany's Laura Zolper and Alexandra Andrushchenko, who led Russia to bronze and topped all scorers in Georgia.