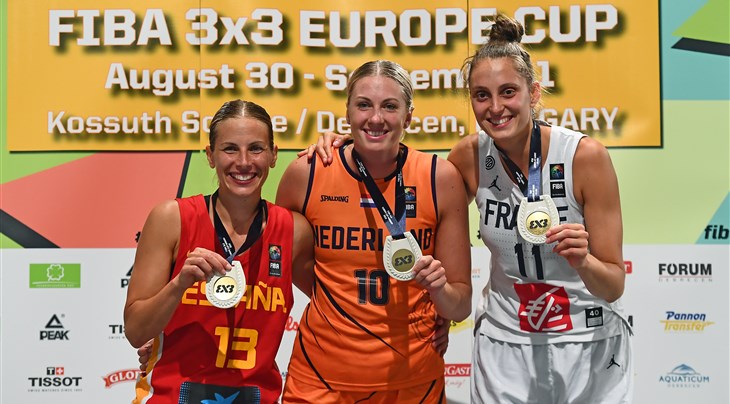 The #1 3x3 player in the World led France to back-to-back 3x3 Europe Cup titles with 28 points in 5 games, finishing as top scorer of her team

She was joined on the Team of The tournament by Spain's Sandra Ygueravide, who led Spain to the silver medal in Hungary with 28 points. Event top scorer Natalie van den Adel (Netherlands) completed the team of the tournament.