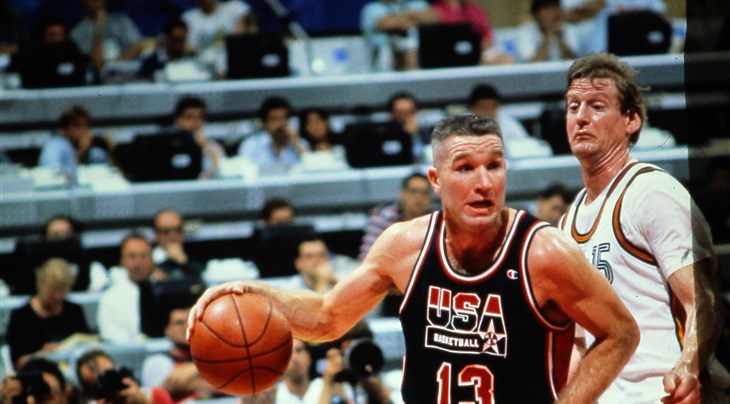 The 55-year-old was a five-time NBA All-Star in 16 seasons with the Golden State Warriors and Indiana Pacers. Mullin, who was a creative left-hander with a deadly shot, said he had enjoyed 3x3 since childhood.

"I grew up playing 3x3, which is uniquely different than basketball," he said. "It really appeals to what I love about the sport of basketball - fast play, high energy, ball movement and team work.

"This gives so many players a way to keep playing ball and to potentially represent their country."

Mullin is probably best remembered for being part of USA's iconic 1992 Olympic squad known as the 'Dream Team', who swept aside the competition to win the gold medal.

Even though the team had more individual talents than the Avengers, with legends like Michael Jordan, Magic Johnson and Larry Bird, Mullin starred in Barcelona and was the fourth highest scorer (12.9 points per game) on the team. He also won a gold medal at the 1984 Olympics alongside fellow Dream Teamers Jordan and Patrick Ewing. Mullin said he looked forward to 3x3's Olympics debut next year in Tokyo.

"It was an honor to wear USA on my chest and play for my country on a global stage," he said. "With 3x3 coming to the Olympics, I want to help grow the sport."

USA Basketball also announced it had partnered with Red Bull to create an elite pathway for men’s and women’s players aiming to compete at the highest levels of 3x3.