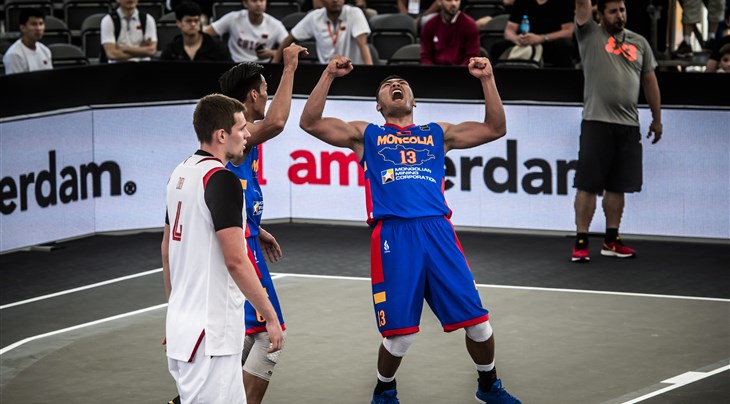 Asia Cup 2017 winners Mongolia continue impressing with every new event. The Asian 3x3 powerhouse defeated Russia 21-14 and then Estonia 20-17 to finish undefeated on Day 1 at the World Cup and top Pool B. Puerto Rico, Ukraine and Russia are tied with one win and the third day of competition will decide who will stamp their tickets to the quarter-finals.

In the other men's pool, Asia Cup reigning champs Australia started with a split record. After defeating Brazil, the Aussies lost to Poland in a really intense game that was decided in the last seconds. Europe Cup 2017 winners Latvia also started with a victory over Japan. Brazil could not bounce back after their first loss against Australia and were defeated by Japan in their second game of the day. Latvia and Poland met in a rematch of last year's World Cup Quarter-Finals with Poland going back to the hotel with a 15-13 win in the pocket.

In the first T-Mobile and Sony Shoot-Out Contest Qualification, Edgars Krumins took the lead after scoring 7 out of 10 attempts.