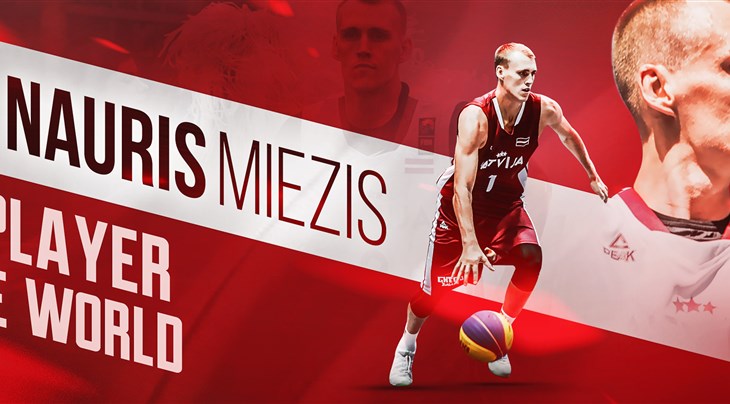 Just one day after leading Riga to their 3rd FIBA 3x3 World Tour Masters title of the season in Jeddah (and winning MVP in the process), the 28-year-old moved past 3x3 superstar and former number one Dusan Bulut.

The 6ft 2in (1.89m) dragster made a name for himself on the 3x3 circuit in 2017 when he took home gold and MVP accolades at the FIBA 3x3 Europe Cup in Amsterdam. Miezis is known for having some of the best handles on the World Tour.

His chemistry with team-mate Karlis Lasmanis aka 'Batman' owed him the nickname 'Robin'. With Lasmanis out for the season due to ankle surgery, Miezis had to take on brand new responsibilities.

He ranks 1st in drives, 2nd in key assists and 4th in scoring on the World Tour season.

Miezis - whose first language is sign language (his 2 parents and sister are deaf) - will participate in the FIBA 3x3 World Tour Final in Utsunomiya, Japan on November 2-3, 2019.