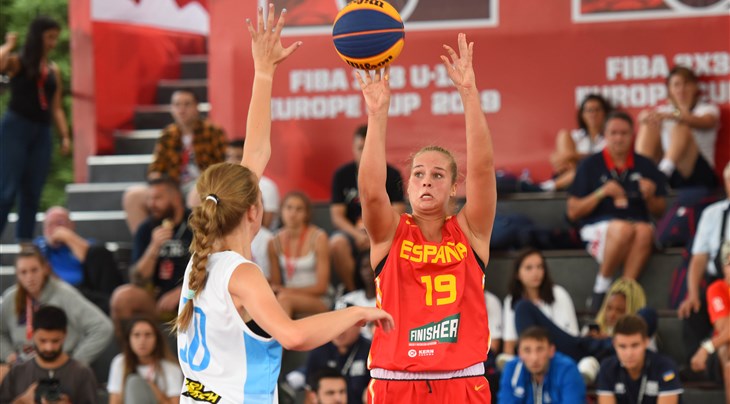 TBILISI (Georgia) - Day 2 of pool play at the FIBA 3x3 U18 Europe saw Spain (women) and Lithuania (men) advance to the quarter-finals undefeated on September 7, 2019.

In the men's category, Lithuania shocked 3x3 powerhouse Russia to advance as first in Pool A thanks to Gabrielius Celka's 13 points in 2 games. Russia will advance as second in the pool after knocking out reigning champs Hungary in the pool stage.

Men's Pool C was a French show, "Les Bleus" dominated both games to defeat first Estonia (20-13) and then hosts Georgia (22-13) in front of a packed venue that came to support their team. In the last game of the day, between Estonia and Georgia, the hosts were eliminated after a 21-10 loss in a win-or-go-home game.

On the women's side, Spain topped Pool C after narrowly edging out Turkey by only one point (18-17). 3x3 powerhouse Ukraine were surprisingly eliminated after losing to Turkey (16-9).