Liman qualify for another Masters after winning Seoul 3x3 Challenger 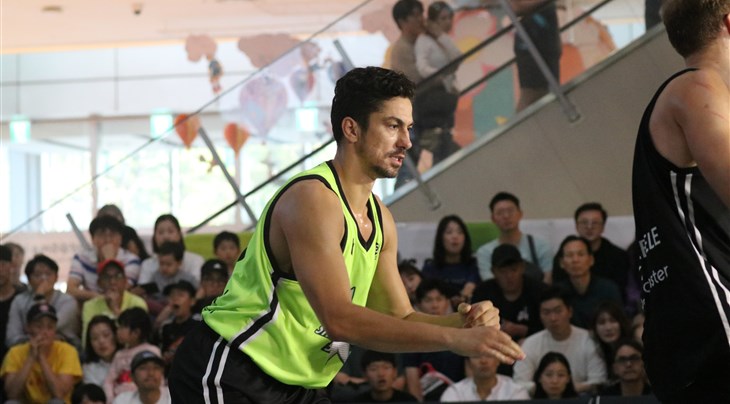 SEOUL (Korea) - World No.2 Liman (SRB) booked a berth at the Nanjing Masters after claiming the Seoul Challenger with a hard-fought victory over in-form Sakiai Gulbele (LTU).

No.1 in points per game and No.2 in one-point percentage

Maybe they haven't quite been as dominant as last year when Liman was engaged in a battle off for supremacy with Novi Sad. But in a deeper and stronger World Tour this season, Liman's consistency might even be more impressive.

Victory in Seoul ensured Liman qualified for the Nanjing Masters and means they are the only team to have qualified for every Masters in 2019.

The No.1 seeds didn't have it their own way and were pushed in the very first game against Utsunomiya (JPN) where they nearly coughed up a big lead. Aleksandar Ratkov's spectacular 14-point explosion dominated that matchup but Liman as usual had a balanced team effort throughout the tournament.

The tough defenses of Zemun (SRB) and Sakiai Gulbele made it difficult but Liman had enough to win another title.

The No.3 seeds continue to prove they are the real deal. The Montreal Masters champs have emerged in recent months and are in the mix to qualify for the Utsunomiya Final having now booked a place in Nanjing.

They perhaps had a favorable draw but nonetheless Sakiai Gulbele showcased their scoring punch and defensive skills. They were second in points per game and first in opponents per game to underline their two-way game.

Deadly duo: Marijus Uzupis and Aurelijus Pukelis have become a lethal one-two punch and exploded in Seoul. They combined for 67 points and finished top two in scoring overall in the tournament.

There was a lot of excitement over this contest between two of the hottest teams on the World Tour. And it didn't disappoint and was close from the get go.

Paulius Beliavicius fed Aurelijus Pukelis inside as the Lithuanians started better but it wasn't long until Liman got going. Scoring machine Mihailo Vasic found his range but was countered by lethal lefty Marijus Uzupis.

Beliavicius got in on the fun with a stepback two to break the deadlock at the midway point but Liman's experience and composure proved the difference.

A runner from Vasic with 38 seconds left effectively iced Liman's title and the Serbs celebrated another title.

But Liman will undoubtedly see more of Sakiai Gulbele down the track. Maybe in Nanjing.

- No.14 seeds Cheon An Musso (KOR) were the surprise packets and stormed into the semis. No.2 seeds Piran failed to make it out of the pool stage.

- Cheon An Musso had a golden run but ran out of gas against Sakiai Gulbele in the semis in a one-sided game that was the fifth fastest of the tournament (8'06" of playing time).

- Liman have a spread of scorers but when they really need a bucket their best strategy is to get it down low to Mihailo Vasic. As underlined by his 70% on one-pointers for the tournament, it's a winning play.