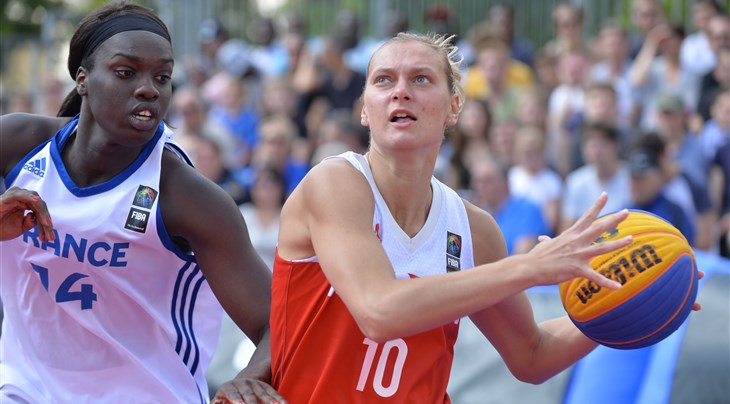 The FIBA 3x3 Women's Series keeps getting more interesting. After stopping at the beach in Lignano, Italy on the Adriatic Sea coast, the competition sailed all the way to the Atlantic Ocean, by the port of La Rochelle, which will be the French capital of 3x3 for the entire week (also hosting the final of the French 3x3 Quest).

France have been dominant on the 1st edition of the Women's Series with 2 titles (Turin and Ekaterinburg) in 4 appearances and built a comfortable lead. Whatever happens in La Rochelle, Les Bleues will continue to top the standings.

Playing at home with the top 3 players in the world (Migna Touré, Caroline Hériaud and Ana Maria Filip), France will definitely be listed as the favorites but they will probably face their toughest competition since the start of the Women's Series.

Exhibit 1: China, who not only won the World Cup in Amsterdam last month but followed up with a convincing win at the Women's Series in Lignano 2 weeks ago.

Exhibit 2: Italy, who won the World Cup last year and currently rank 3rd in the season standings. Only thing: their captain Rae Lin D'Alie aka 'Rae Rae' is listed as out for the event.

Exhibit 3: Russia, who won the World Cup in 2017... in France... and didn't exactly love the fact France won their Women's Series Stop in Ekaterinburg in a crazy OT final.

Exhibit 4: Czech Republic, who won the World Cup in 2016, reached rock bottom at the start of the season (last at the Turin Stop) and then upset everyone to win the Poitiers Stop.

And the list continues: the last 3 teams are all contenders too with Spain, who finished 2nd in Lignano, the Netherlands (3rd in Chengdu) and Poland.