Lasmanis becomes new number one 3x3 player in the world 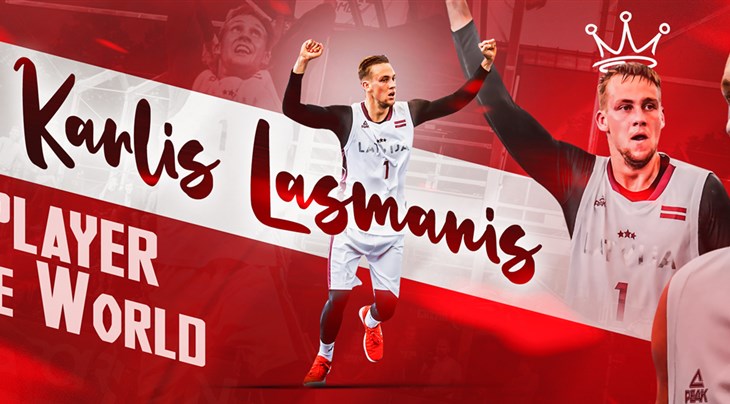 DEBRECEN (Hungary) - Latvian 3x3 star Karlis Lasmanis climbed all the way to the top of the FIBA 3x3 Individual World Ranking on August 29, 2019.

The 25-year-old surpassed previous number one Dusan Bulut just one day after leading his professional team Riga Ghetto (LAT) to the final of the FIBA 3x3 World Tour Debrecen Masters and topping all scorers in the process.

Five years after discovering the game at the FIBA 3x3 U18 World Cup 2012 in Spain, the athletic lefty made a furious comeback to 3x3 when he won gold for Latvia at the FIBA 3x3 Europe Cup 2017.

Since then, the 6ft 7in (2m) star became one of the most exciting players on the FIBA 3x3 World Tour. In 2019, he led Riga Ghetto to the first 2 Masters titles of their career in Doha and Prague. He won MVP at both events.

KLM currently leads the World Tour both in scoring and in dunks made. His chemistry on the Enlio court with teammate Nauris Miezis has earned him the nickname 'Batman' (Miezis is 'Robin').

Lasmanis - the son of a 2-time Olympian (in rowing) - will play his first event as the number one 3x3 player in the world at the FIBA 3x3 Europe Cup 2019 in Debrecen, Hungary on August 30 - September 1.