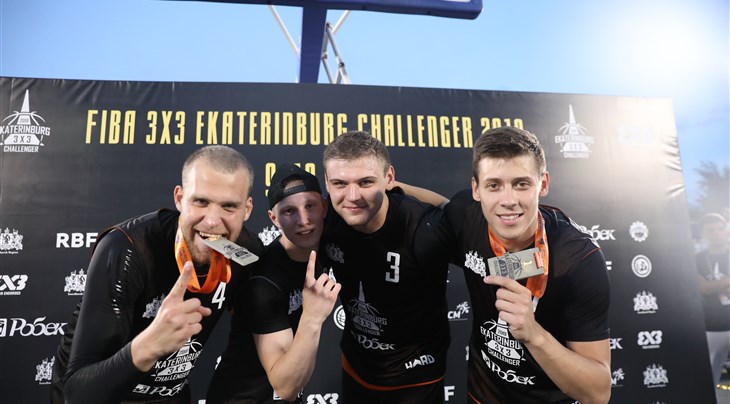 Here's how it played out:

The young Russian team, whose players represent Russia at the FIBA 3x3 U23 Nations League, took first place to the delight of the Russian fans in attendance at Ekaterinburg. The high-powered offense secured an average of 21.3 points per game heading into the final with the shifty Kirill Pisklov (39 points) topping the scoring charts on his home soil. Ilia Karpenkov dominated the glass to lead the Challenger in rebounds at 35 whilst adding 32 points to his production.

When you think you got the stop... 💪#3x3WT pic.twitter.com/KfXapRaloT

The French side were not able to overcome the physical play in the final after a strong tournament. Charly Pontens led the French team with 32 points in the tournament while Dominique 'Mr Nice' Gentil anchored the side in the paint securing 25 rebounds over the two days. The experienced team finished second in both points and rebounds in the tournament

Korolev began the game with a series of tough finishes to take an early 5-3 lead. Kevin Harley went to work on to help Nantes back to level before the Russian team extended the lead once more. Pisklov and Krivykh were able to lift Team Korolev to a 13-9 lead from which they didn’t look back, despite the efforts of Gentil and Pontens, to secure a 18-14 victory.

The Reward: 2 tickets to the Lausanne Masters

There were still more than 4 minutes left when Gagarin (RUS) beat Cairo (EGY) in the fastest game of the day.
Ilia Karpenkov (Korolev) finished 1st in rebounds and tied at 2nd in scoring.
Nantes star Charly Pontens had a huge triple-five in the quarter-finals against Humpolec (CZE). The 24-year-old had 12 points, 6 highlights and 5 rebounds.