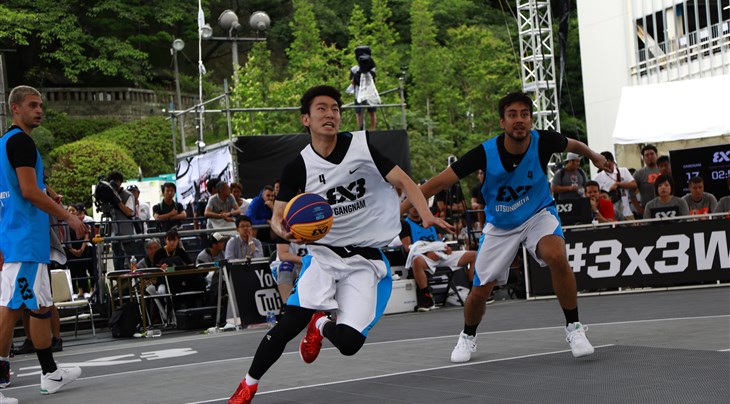 INJE (South Korea) – Five Korean teams have the chance to put Korea on the 3x3 map at the Inje 3x3 Challenger on August 31-September 1.

After the World Tour Masters in Debrecen, the FIBA 3x3 Pro circuit sets sail to South Korea for the Inje Challenger. Famous for its beautiful nature surrounding the city, Inje will host the first Challenger in South Korea this year. Five Korean teams from all over the country will get the opportunity to go up against some of the best 3x3 teams in the world and draw the basketball loving crowd to the event.

Of these local teams, the Korean home crowd will make sure to give Team Inje all the love they can handle. Minseob Kim, who was South Korea's top scorer at the FIBA 3x3 World Cup 2019 in Amsterdam, will represent the host city together with his national Team teammate Minsu Park. Can they pull off an upset and give the top teams a run for their money?

With NY Harlem, Piran, Princeton and Vrbas, the city will welcome four teams that also battled at the World Tour Masters in Debrecen a few days before. All eyes will be on the two American teams: NY Harlem and Princeton. After battling it out in the Finals at the World Tour Masters in Lausanne, both teams failed to reach the final in Debrecen and are eager to bounce back.

Things aren’t the same as in Debrecen though. #1 Seed NY Harlem will have to do it without their spectacular floor general Dominique Jones, while Princeton will welcome their leading scorer Robbie Hummel back in the line up.

Look to Piran and Vrbas to prevent an all-American final and punch their tickets to the World Tour Masters in Los Angeles, September 20-21.

Tokyo and Ulaanbataar have not been playing as well as they have in 2018 and will use this Challenger to get back on the winning track. While the Turkish team from Aliaga get their first taste of international 3x3 action.

The total prize money in Inje is $32,000 USD, with the winner cashing in $15,000 USD. The teams ranked 2 to 5 will also get their share of the pie. The two finalists earn tickets for the Los Angeles Masters on September 20-21 in the ninth stop on this season’s FIBA 3x3 World Tour.

In case Princeton makes it to final game, the #3 in the final standings will qualify for that Masters. Princeton is already qualified to Los Angeles.