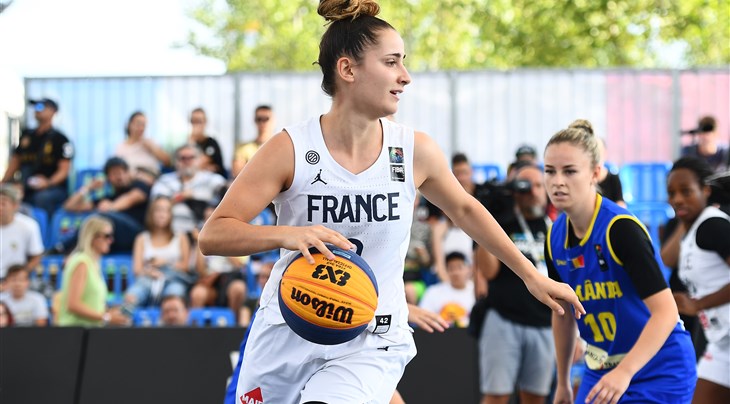 BUDAPEST (Hungary) - With the end of the pool play, it's good-bye to 2 teams in each category while the top 6 enter the knock-out rounds of the FIBA 3x3 U23 Nations League at the World Urban Games in Budapest on September 14, 2019.

In the men's category, Russia advanced directly to the semi-finals of the Nations League Final after dominating Pool A with Dmitrii Cheburkin in MVP mode as he scored 34 points in just 3 games. Their opponents will be Romania or Belarus, who will clash tomorrow after finishing 2nd and 3rd of their respective pools.

The other men's team qualified directly to the semi-finals was France after defeating Belarus in a nail-biter. Ukraine and the Netherlands will compete for the last spot in the semi-final.

Poland and hosts Hungary were eliminated in the pool stage.

In the women's category, U23 World Cup winners Russia stamped their tickets to the semi-finals after dominating the pool stage and finished undefeated in women's Pool A. Ukraine and the Netherlands will meet tomorrow to determine who Russia got next.

China also booked their spot to the semis thanks to a win over Hungary in the last seconds of the game. They will be joined by France or Hungary after Lisa Berkani broke the internet with a crazy between the legs pass.

Romania and Poland were eliminated in the group phase.