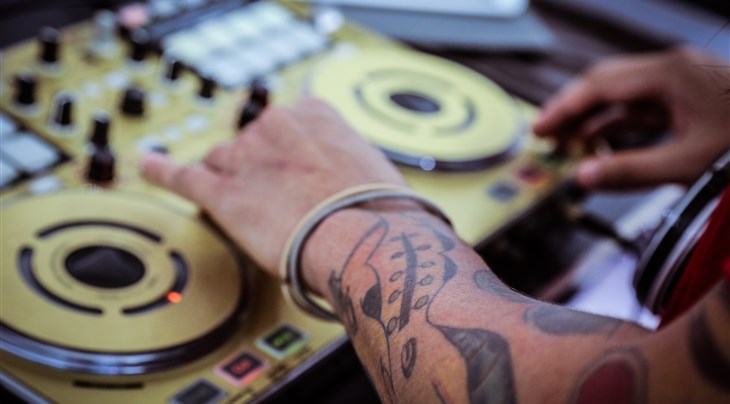 With just 9 days to go before the climax of the FIBA 3x3 World Tour season, hip hop rappers Awich and kZm released a song which celebrates the game of 3x3, which has grown exponentially in Japan with a national professional league (3x3.EXE), a yearly FIBA 3x3 World Tour event and the perspective of the Tokyo 2020 Olympics, where 3x3 will make its debut next year.

RUN THE FLOOR® is a project launched to boost Japan’s basketball culture via music, fashion and the entertainment scene. This is their third released track. For the occasion, Japan’s top female rapper Awich (from hip hop crew YENTOWN) collaborates with kZm (who just released an acclaimed solo album) with trackmaker Chaki Zulu.

The 2 rappers will perform in a special event organized on November 1, 2019 in Utsunomiya, Japan, when the countries and territories qualified for the Tokyo 2020 Olympics will be announced.

Awich Profile:
A female rapper from Naha, Okinawa, and a member of hip-hop crew YENTOWN. Started her career at 14 years old, then moved to the US (Atlanta) thereafter. After a personal tragedy, she recently dropped her album “8”, which was a major hit in Japan.

kZm Profile:
Born in Shibuya in 1994 and joined YENTOWN as a rapper. Grew up surrounded by music and basketball culture and achieved remarkable success on the Japanese hip-hop scene. He is a NIKE Air-Force One ambassador and is recognized as a top fashion icon in the country.