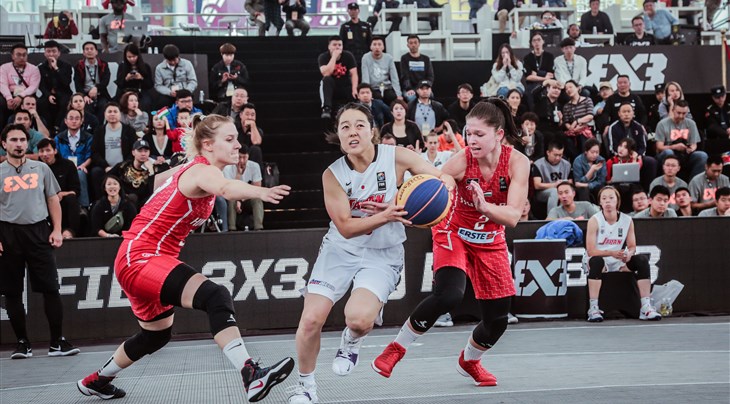 Xiong An (China) - Japan U23 were unstoppable ad the Women's Series Xiong An Stop defeating reigning World champs China in the final.

With Mai Yamamoto in MVP mode, no one could prevent Japan U23 from winning the title in China. The Japanese rising star had no less than 10 points in the final against China in a one-sided game (22-8). The 19-year-old also was on fire in the semi-finals against China U23 (20-11) where she scored half of the points of her team, to finish the game with 10.

Mai Yamamoto knows how to finish with style 😎#3x3WS pic.twitter.com/4bi1fMFyyW

Thanks to their second position in Xiong An, China jumped to the third position of the standings with 370 points, still 200pts away from France, who dominate the inaugural season of the Women's series with 570 points. Second are Canada with 410 points.