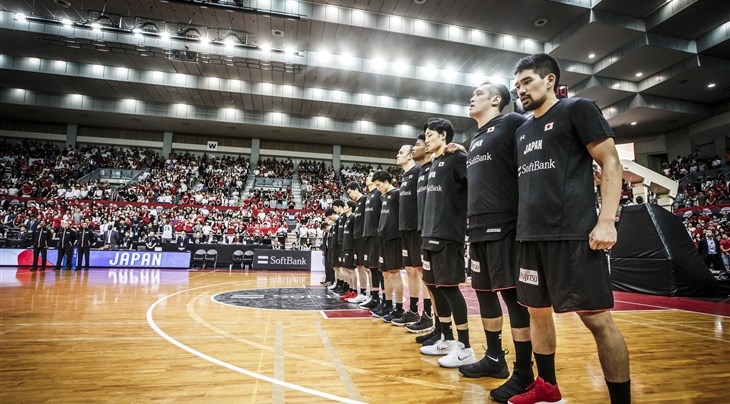 ABIDJAN (Cote d'Ivoire) - Japan's men's and women's national teams will compete in the Olympic Basketball and 3x3 Basketball Tournaments at the Tokyo 2020 Games after FIBA's Central Board on Saturday decided to grant them automatic places during its meeting in Abidjan, Cote d'Ivoire.

The decision was made based on the Japanese Basketball Association (JBA)'s application which confirms they meet the various sporting requirements.

There has been a continuous stream of positive developments in the country's basketball landscape in recent years, including the on-court success of the men's and women's senior national teams, the revamp of the B. League (the national top-flight men's competition) and making history by being part of the first-ever successful multiple countries bid - together with Philippines and Indonesia - to be awarded the hosting rights for a FIBA Basketball World Cup, for the 2023 edition.

For 3x3 Basketball, FIBA's urban discipline - set to make its historic debut as part of basketball's Olympic program at Tokyo 2020 - host nation Japan will be represented by both men's and women's teams in the 3x3 Olympic tournament after FIBA's Central Board granted automatic places for teams of both genders (male and female) to the host country, subject to approval by the International Olympic Committee (IOC).

Japan's men's team is currently ranked 4th and the women's 8th (March 30, 2019), while Japan has been hosting a World Tour event for 7 years and this year will host the World Tour Final in Utsunomiya. About FIBA
FIBA (fiba.basketball) - the world governing body for basketball - is an independent association formed by 213 National Basketball Federations throughout the world. It is recognized as the sole competent authority in basketball by the International Olympic Committee (IOC).