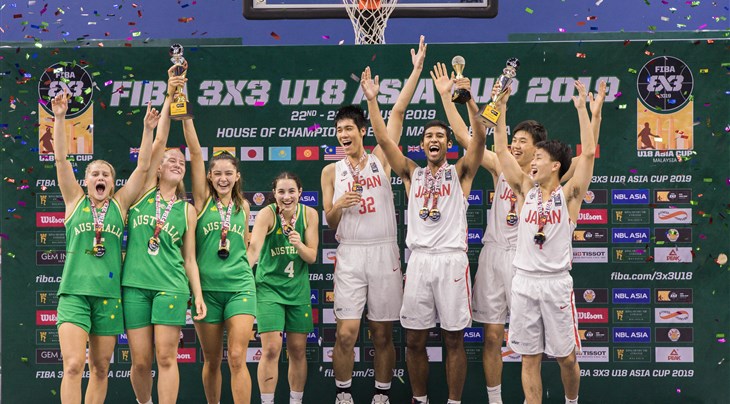 Japan were in sizzling form throughout culminating in a brilliant performance in the final against Kazakhstan, where they won easily 21-13.

Japan enjoyed an unbeaten campaign although they survived a fright in the semi-finals needing overtime to defeat Australia 18-17 in a dramatic contest.

Qualifier Australia claimed bronze after beating No.1 seeds China 21-17 in a tight game.

Seishin Yokochi was named MVP after a game-high 9 points in the final. Daniel Foster from Australia and Kazakhstan's Arsentiy Kushniruk joined the Japanese rising star on the team of the tournament.

In the women's category, Australia had a perfect 5-0 record and dominated Japan in the final with a decisive 21-10 victory. Japan came in confident after defeating defending champions China in the semi-finals but were no match for an Australian team firing on all cylinders.

The Philippines took home the bronze after thrillingly beating No.1 seeds China 14-11.

Australia's Shyla Heal – the daughter of Australian basketball legend Shane Heal – won the MVP award after leading her team in scoring and hitting a game-high 8 points in the final.

Japan's Saori Yasue also made the team of tournament after leading all scorers with 42 points and was joined by Kristine Cayabyab from the Philippines.