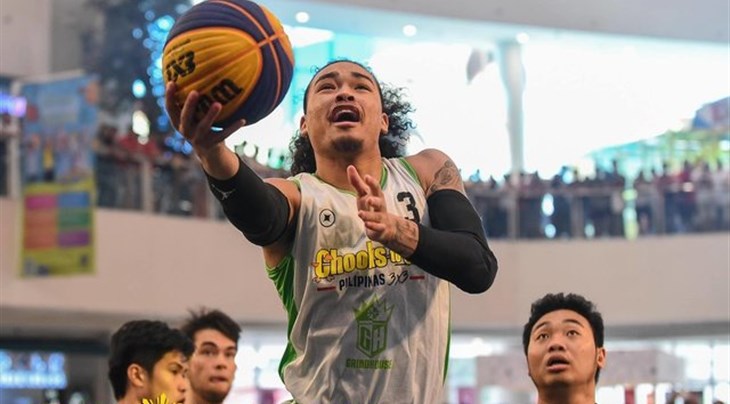 And leading the charge for the team will be none other than Filipino-American Joshua Munzon, who was a firebrand in the final stop of the league. His Pasig team ran the gauntlet and beat Bataan Chooks-to-Go in the Final, 19-7, where Munzon dropped 11 points in a dominant display.

Statham, who stands 6ft 6in (1.88m) and finished at Cal State Bernardino in the US NCAA, has been playing basketball professionally for the last 6 years, but he will try his luck now on the 3x3 court.

Rike, for his part, formerly played for the Wake Forest Demon Deacons, also in the US NCAA, before suiting up for National University in the Philippines last year. The 6ft 8in (2.02m) Rike will provide a lot of ceiling as Chooks-to-Go Pasig aims to make a big splash in the 3x3 circuit.

They become the first Filipino team to qualify for the FIBA 3x3 World Tour since Calvin Abueva led Manila North to the World Tour Final in Abu Dhabi back in 2015.

They will compete at the World Tour opener in Doha, Qatar on April 18-19.

"I think it’s an honor to represent the Philippines in anything," Munzon said. "And we’re definitely grateful for this opportunity just to be here."

With this win, Munzon and co also won an opportunity to compete at the Asia Pacific Super Quest, and they will be bolstered by the addition of 6ft 6in (1.98m) Serbian 3x3 star Nikola Pavlovic, who won 3 World Tour Masters in 2016 playing for the famed Novi Sad team.

Munzon is hoping that the Philippines will give a good account of themselves, especially as the try to bolster their chances of playing at the first-ever 3x3 competition in next year's Olympic Games in Tokyo, Japan.

Another big weekend for the Gang🤟🏽🏆

All games will be held at the SM MEGAMALL Fashion Hall in Mandaluyong City. The tournament will begin on April 6 and end the following day, April 7.