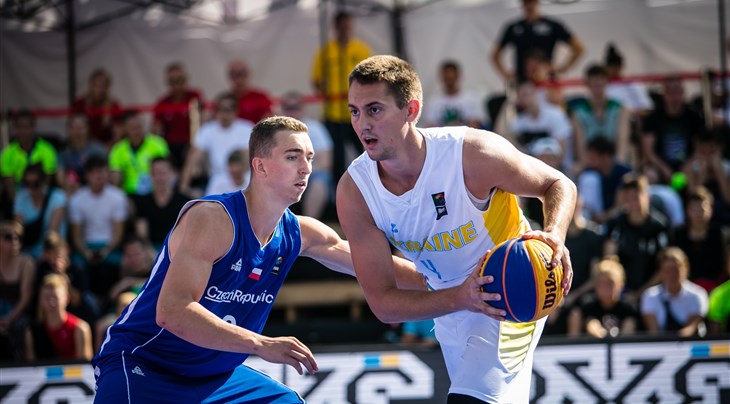 LVIV (Ukraine) – Ukraine are in pole position to qualify for the FIBA 3x3 U23 Nations League 2019 Final after strong performances in the opening two stops in Lviv on July 26 and 28.

The tournament features three conferences (Asia-Europe, Center-East Europe and West-South Europe) with the top two teams (in each gender) earning tickets to the final held in Budapest during the World Urban Games on September 13-15.

Czech Republic, Hungary, Poland, Romania, Slovakia and Ukraine are the teams competing in Center-East Europe. They will play six stops to determinate who is the winner of the conference.

Inspired in front of their fans, the Ukrainian men’s team started off hot in the first stop and showed their class with a 22-6 thrashing of Romania in the semi-final but fell short in the decider losing to Poland 21-18 in a thriller. They redeemed themselves with victory in the second stop after a 20-14 win over Romania.

Yevhen Balaban was sensational and easily led all scorers with a total of 64 points from 8 games. He formed a dynamic one-two punch with Andrii Kozhemiakin, who finished equal second in scoring with 48 points.

Poland were second in the final standings but could not back up their first up success with a fifth-placed finish in stop two.

In the women’s side of the conference, Slovakia and Poland hold equal top billing after impressing over the first two stops. Poland defeated Ukraine 21-14 to take the first stop, while Slovakia claimed the second stop.

The standings are tight with Ukraine narrowly behind in third place after finishing second and third respectively. An explosive Ukraine had three of the top five scorers headed by Viktoriaa Kondus with 43 points from 7 games.

Both Russian squads, Belarus' men and China's women qualified out of Asia-Europe, while the Dutch and French teams in both genders made it out of West-South Europe.