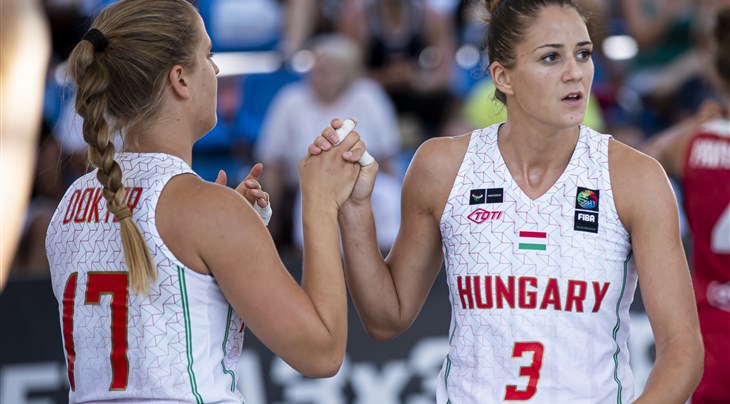 DEBRECEN (Hungary) - Both Ukrainian and Polish teams qualified for the FIBA 3x3 U23 Nations League Final at the World Urban Games in Budapest on September 13-15 since Hungary already qualified as hosts.

Coming into Debrecen for stops 5 and 6, Hungary and Ukraine were aiming to hold on to the top 2 spots with both teams, in the Center-East Europe Conference of the U23 Nations League.

On the women’s side, the teams did just that. Hungary embraced the home court advantage and won both stops. They ended up with a total of 480 total points in the final standings. Ukraine put themselves in a predicament by finishing 5th in the first tournament. This gave Poland and Czech Republic an opportunity to move past them in Stop 6. Poland did all they could and won Stop 6, so both countries ended up with 440 points. Based on the tie-breaker, Ukraine held on to the #2 spot to qualify for the big Final in Budapest. But because Hungary, as the host country of the Finals is automatically qualified, Poland get the spot. Ukraine rising star Viktoriia Kondus was the overall top scorer for the women in the conference.

In the Men’s category the two teams that made it to the finals in both Debrecen stops also ended up as the two top dogs in the overall standings. Ukraine won stop 5 and Poland stop 6. Ukraine, led by conference top scorer Yevhen Balaban, collected the most points with 530. Runner-ups Poland had 470 points. Unlike the women, Hungary's men could not take advantage of the homecourt advantage and fell out of the top two. But as host country of the Finals, they are already qualified.