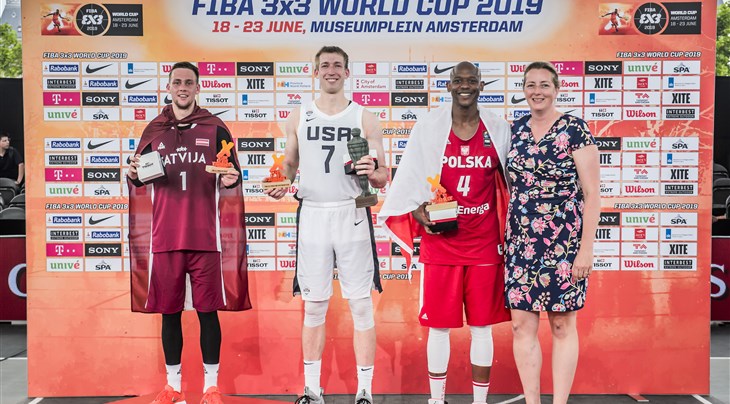 AMSTERDAM (Netherlands) - Robbie Hummel was named MVP of the FIBA 3x3 World Cup in Amsterdam on June 23 after leading USA to their first-ever world title in 3x3.

The former college star and NBA player led the US team in scoring with 46 points in 7 games. The 30-year-old - who has played on the FIBA 3x3 professional circuit for the last 2 years - chipped in 4 points in the final to lead the US past Latvia.

The 30-year-old was joined on the team of the tournament by Latvian 3x3 star Karlis Lasmanis, who won silver with Latvia and finished 2nd in scoring with 48 points in 7 games. The team was completed by Michael Hicks, who topped all scorers with an insane 71 points in 7 games and led Poland to the bronze medal.