How much does it really help on the court to host the FIBA 3x3 World Cup? 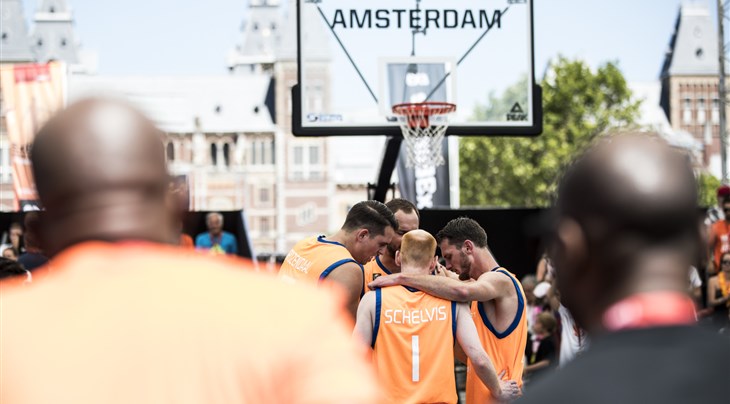 AMSTERDAM (Netherlands) – The Netherlands have been a 3x3 powerhouse and now they host the FIBA 3x3 World Cup 2019 in their backyard in Amsterdam. Yet how much of an edge is it to have home-court advantage?

Yes they will get the support of the local fans (the World Cup venue is expected to be the biggest 3x3 outdoor venue ever) and they won’t have to travel long hours to reach the venue but how much did it really help previous hosts? We looked back in 3x3 World Cup history and here’s what we found out.

In 5 editions, a country has ever won the World Cup at home, neither with men nor with women.

Russia came close back in 2014, as the women won silver and the men collected bronze. Interestingly, a similar Russian women team ended up winning gold 3 years later in France without home-court advantage. France were the only other country to win a medal at home at the World Cup, striking bronze at the World Cup 2017.

In 2012, Greece reached the quarter-finals in both genders. Four years later, China could not get past the pool phase. The same fate awaited the Philippines last year.

Not necessarily the best track record for the hosts. This said, the Netherlands are arguably (with Russia) the most successful country (in 3x3) to ever organize the FIBA 3x3 World Cup. The men’s team have won silver back to back in the last 2 editions of the World Cup. The women’s team never won a medal at the World Cup but won bronze in 2017 and silver in 2018 at the FIBA 3x3 Europe Cup.

Any competitive advantage will be welcome for the two Dutch teams, who were seeded in some of the most difficult pools next week. The men ended up in Pool A with reigning world champions Serbia and USA (besides South Korea and Turkey). The women are featured in Pool A with last year’s semi-finalists China and Europe Cup 2016 winners Hungary (not to mention Latvia and Turkmenistan). Only the two top teams in each pool make it to the quarter-finals.