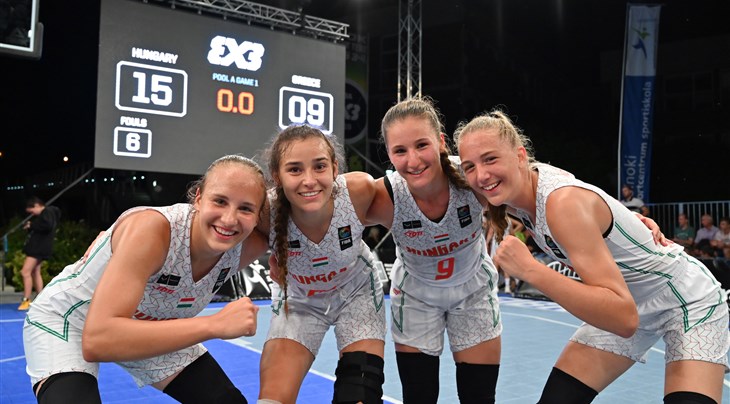 With the men's team already qualified, the women put the crowd on its feet during their win over Greece to qualify for the FIBA 3x3 U18 Europe Cup in Georgia. Tamara Szerencsés led the team in scoring and finished 2nd overall, 3 points behind Latvia rising star Juta Harčenko.

🔴 Hungary booked their ticket to the #3x3U18 Europe Cup! 👏 pic.twitter.com/PIrA3sI2bj

They will be joined by Turkey, who defeated Latvia in the second knock-out game to stamp their ticket to the FIBA 3x3 U18 Europe Cup for the first time.

On the men's side, U18 World Cup 2019 runner-ups Turkey were eliminated in the pool phase.

Lithuania and Latvia battled out for the first spot for the Europe Cup, with the Lithuanians stamping their tickets to Georgia for the second time in 3x3 history.

The last spot was decided in overtime in a clash of titans between Slovenia and Belgium. Thibaut Platteeuw sank 2 cold-blooded free throws to bring Belgium back to the U18 Europe Cup, a competition they won back in 2017 (when they completed the U18 Europe Cup - U18 World Cup double). Mathias Offeciers was a star for Belgium. He led all scorers in Szolnok with 33 points in 5 games.

In overtime, Belgium managed to seal their spot for the #3x3U18 Europe Cup! 💪🏆 pic.twitter.com/ohQYlp7fLe