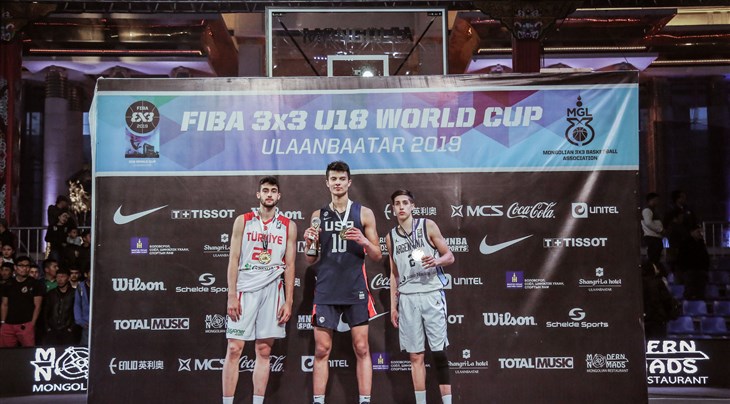 ULAANBAATAR (Mongolia) - Dawson Garcia (USA) was named MVP of the FIBA 3x3 U18 World Cup in Ulaanbaatar (Mongolia) on June 07. He was joined on the Team of the Tournament by Turkey's Cagatay Özkan and Argentina's Mateo Diaz.

The USA 3x3 rising star led the U.S to their first-ever FIBA 3x3 U18 World Cup with an incredible performance throughout the whole tournament. He finished with 52 points and was the top scorer of the event.

He was joined by Turkey's Cagatay Özkan who guided his team to their first-ever 3x3 U18 World Cup Final thanks to his 40 points in seven games.

The Team of the Tournament was completed by Argentina's Mateo Diaz, who finished the event with 52 points too and led Argentina to the bronze medal.