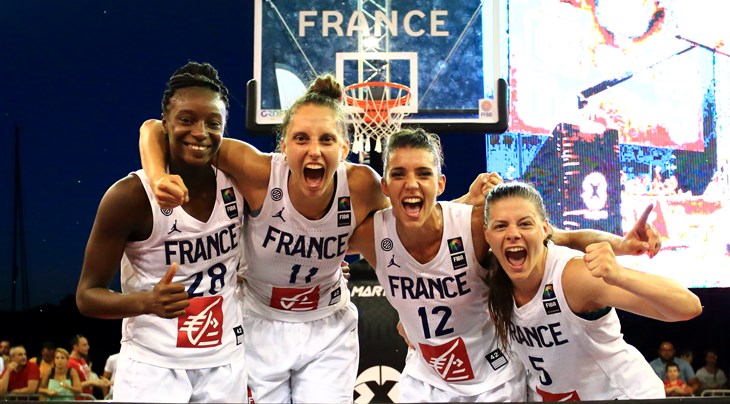 France were unstoppable in the port of La Rochelle. How unstoppable you're asking? They were first in points (93 / 18.6 pg), Laetita Guapo was first in Highlights with 14 overall (2.8 per game), Migna Touré had the most drives (8) and Ana Maria Filip was the top rebounder of the event (31, 6.2 pg).

France finished undefeated in front of their home crowd, who came in big numbers to support their team against their historical nemesis Spain. Guapo shined bright in the final with 7 points (24 overall). With a final score of 21-16, France won their third FIBA 3x3 Women's Series Stop and lead the Standings with 420 points.

Spain, who finished second in La Rochelle jumped to 8th position with 160 points. After defeating reigning World Cup winners China in their opening game, Spain went all their games until the final. Not even Sandra Ygueravide and Aitana Cuevas Mediavilla (6 points apiece) could stop France in the decisive game.

In the overall standings, France now lead with 420 points, almost double of Czech Republic, who are second with 225. After them, Italy (220), China, Canada and Netherlands (210) will attempt to bridge the gap with "Les Bleues" in the next Women's Series Stops.

The next two stops of the Women's Series will be in Voiron (France) on August 1-2 and Prague (Czech Republic) on August 2-3.