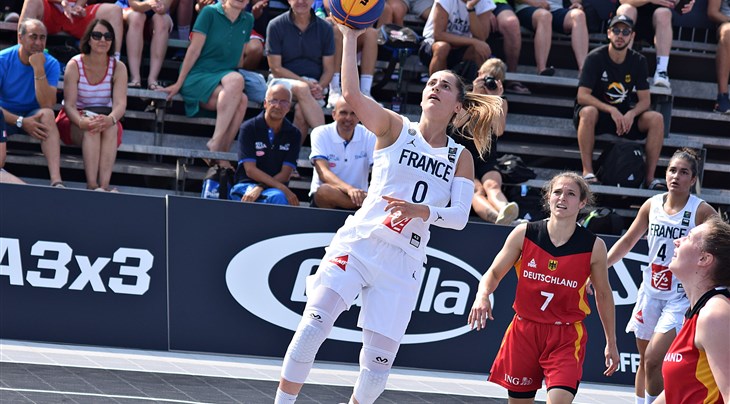 LIGNANO (Italy) – The Dutch and French teams in both genders qualified for the FIBA 3x3 U23 Nations League Final, which will be held in Budapest during the World Urban Games on September 13-15, 2019.

The FIBA 3x3 U23 Nations League features 3 conferences this year (Asia-Europe, Center-East Europe and West-South Europe) and the West-South Europe conference was an absolute nail-biter. After 6 stops (2 in The Hague, Netherlands; 2 in Voiron, France and 2 in Lignano, Italy), 3 teams were tied with the same amount of tour points in the women’s category.

While France continued their domination (they won 5 of the 6 stops, including the last 2 in Lignano), Germany made a furious comeback with two seconds places in Italy. Austria did well too with two third places in Lignano. Austria, Germany and the Netherlands were all tied with 410 tour points after 6 events but it is the Netherlands who finished 2nd overall based on the first tie-breaker, which is winning percentage. The Orange Lions won 66% of their games while Germany and Austria won 42%.

In the men’s category, things were not as dramatic though Italy came very close to qualifying for the U23 Nations League Final. If the locals had won the final of the 6th stop in Lignano against France, they would have earned their ticket to Budapest. Instead, it will be the Netherlands and France again like in the women’s category. The Netherlands won 3 of the 6 stops, interestingly 1 in each of the venues. The reigning champs (in both categories) France won 2 of them, including that difference-making one in Lignano.