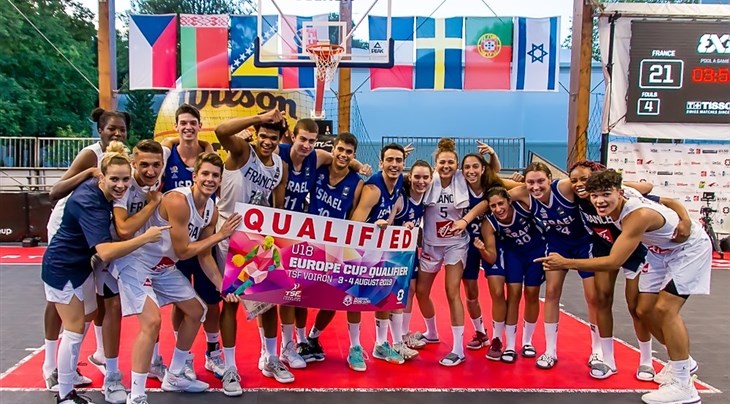 VOIRON (France) - Both French and Israeli teams punched their tickets to the FIBA 3x3 U18 Europe Cup at the France Qualifier in Voiron on August 3-4.

Hosts France and Israel won the only 2 tickets available for the FIBA 3x3 U18 Europe Cup in both the men's and the women's category.

On the men's side, Israel defeated Portugal (18-14) and France feasted against Belarus (21-5) in the two deciders. France finished undefeated at home while Israel's only loss came at expense of the hosts in the pool phase.

Déjà vu in the women's category: France had a perfect 3-0 record and did not concede more than 6 points in any of these games. They dealt with Portugal (21-5) in the decider. Israel lost to France in the pools but bounced back in a go-to-Georgia or go-home game versus Czech Republic, They won 13-11.

The intimidating Nahan Niare (6ft. 2in., 1.89m) led all scorers for France in Voiron.