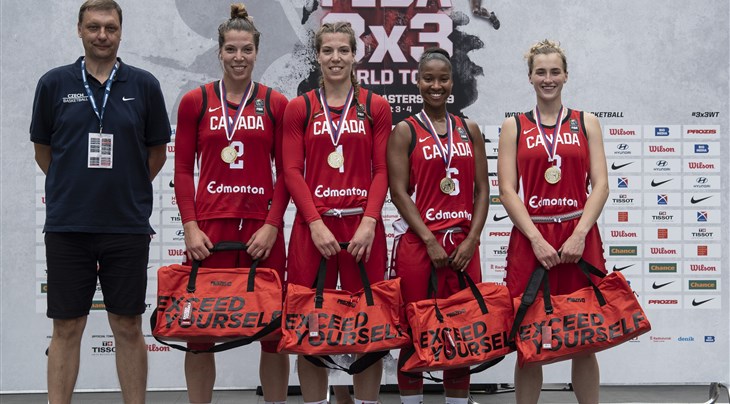 The No.6 seeds capped off their unbeaten tournament with a 19-14 victory over Poland in the final with Michelle Plouffe spectacular with a game-high 11 points. Plouffe was sensational in Prague finishing second in scoring with 35 points and No.1 in highlights (21).

Canada had fallen short previously, having made the final four in three stops highlighted by a runners-up finish in Poitiers. They also defeated No.1 seeds Russia in the semi-finals en route to the title in Prague.

No.8 seeds Poland were the surprise packets with their only loss coming against Canada having beaten fancies Spain in the semi-finals. Poland had a balanced performance with all four players finishing in the top 11 of the overall scoring led by Agnieszka Szott-Hejmej with 25 points.

They did it again🔥

After two runners-up finishes previously, Spain once again fell short but not through a lack of effort from Aitana Cuevas, who led all scorers with 38 points.

In the overall standings, world No.1 France lead with 520 points, but Canada have closed the gap and are second with 310. China and Italy are next best with 290.

The next stop will be in Bucharest on August 10-11.