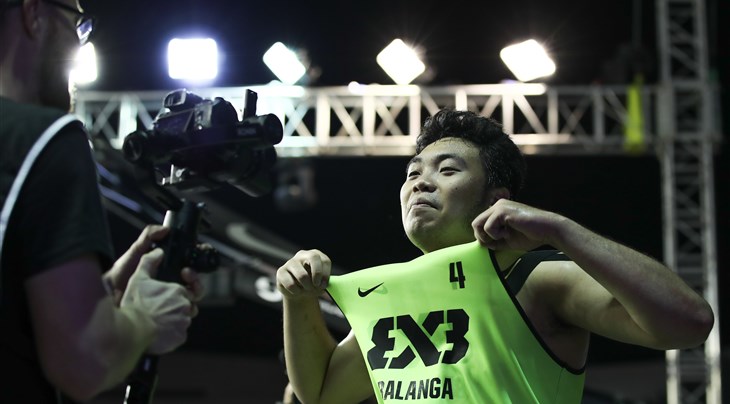 After comfortably beating locals Katara 21-14, No.8 seeds Pasig Chooks saved their best for last with a major upset over world No.1 Liman, who were missing injured superstar Stefan Stojacic.

It was a see-sawing contest throughout, but Pasig had the edge with Taylor Statham hitting a couple of tough inside shots in the clutch as the underdogs capped off a remarkable victory. Liman still qualified from Pool A after easily beating Katara earlier in the day.

Not to be outdone by their compatriots, No.11 seeds Balanga Chooks topped Pool C after upsetting world No.3 Riga Ghetto 19-17 and beating Moscow Inanomo 20-19 in overtime.

To the delight of the vocal contingent of Filipino fans in the crowd, Balanga Chooks proved too much for Riga Ghetto who came into Doha in red-hot form after victories at the United Europe League 3x3 and Wuxi Challenger.

Travis Franklin inspired Balanga Chooks with 14 points as he bullied the Latvians in the paint to lead his team to a famous victory.

Balanga then outlasted Moscow in a thrilling game with scores tied 18 apiece after the end of regulation. Alvin Pasaol proved the hero with a two-pointer from the corner to spark scenes of jubilation on-and-off the court.

In a virtual elimination game between two fancied teams, Riga Ghetto qualified for the quarter-finals with a 17-12 victory to knock out Moscow Inanomo.

In Pool B, Novi Sad extended their winning streak to 34 after easy victories over Doha and Tokyo Dime with No.1 player in the world Dusan Bulut dazzling with trademark outrageous dimes.

Last but not least, Piran finished top of Group D after beating Mount-Royal U McGill and Ljubljana.