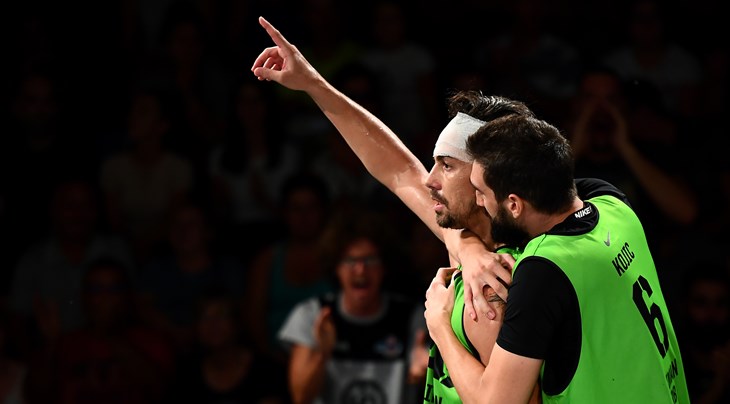 What do you even mean with this headline?

The number 3 team in the world Liman (SRB) has had its share of bad luck this season with injuries. Three weeks ago, they had to play the final of the Debrecen Masters with just 3 players and still managed to win the title.

And since then, they’ve been lights out. They reached the semi-finals of the Montreal Masters, even beating the eventual winners Sakiai Gulbele (LTU) playing 2 against 3 for a portion of the game! Just last week, they won their ticket to the Jeddah Masters after reaching the final of the Sukhbaatar Challenger in Mongolia. The World Tour leader in key assists Stefan Kojic is back this week and you have to think this makes them one of the favorites in LA. But the team played so well with just 3 players that we can’t help wondering if this somehow affects that unreal 3-man chemistry.

I heard Dusan Bulut wasn’t the number 1 player in the world but I go to your great website fiba3x3.basketball and I see the dude ranks above everyone else. Dare to explain?

After Debrecen, Karlis Lasmanis momentarily jumped to #1 in the world. Riga Ghetto (LAT) have been on another level this year with wins in Doha and Prague and a second-place finish in Chengdu and Debrecen. Problem is the team has not performed as well in challengers and could not get a ticket to neither Montreal nor LA. In the meantime, 3x3 superstar Dusan Bulut switched gear in Canada and scored 43 points in just 4 games. If Mr Bulletproof was playing basketball (with baskets worth 2 and 3 points), he would have scored 64 points in less than 30 minutes. Bulut is back at first place and ready to shine in California, a place he particularly likes and where he hangs out nearly every year. Novi Sad might be the most Californian team of the tournament: their intro song is “By The Way” from LA-based band Red Hot Chili Peppers.

Most Californian, really? How about Team Princeton (USA)?

Princeton isn’t exactly very West Coast but defensive player of the year candidate Kareem Maddox actually grew up not too far away from LA in Oak Park, California. Princeton looked like the team to beat in LA, after coming close to their first Masters title in Prague and Lausanne. Problem is World Cup MVP Robbie Hummel got hurt in practice yesterday and will miss the LA Masters, powered by the L.A. Times.

Most Californian, you sure? How about the dunk contest?

True, all 3 participants are based in LA and are among the best in the business. Chris Staples requires no introductions. That guy’s such a legend in LA that they called the Lakers arena the Staples Center. Don’t believe me? You’re right. But that guy’s got more lift than the people at Muscle Beach. Staples already won 3 Masters while his 2 rivals will make their World Tour debut. Watch out for dunk legend Reemix who will make his first 3x3 appearance at 37 years old.

You always brag about being more than sports. What’s on the menu in LA?

We’ll have food trucks, music, freetsyle breakdancers, an e-sports competition, a Hoop It Up grassroots 3x3 tournament and so much more. The event is part of the LA Street Festival, powered by the L.A. Times. The entrance is free. Fans only have to register on the LA Street Festival website.

I’m in. Where and when do I watch this thing?

You can watch live on the official FIBA 3x3 Channel on YouTube and Facebook. Fans in the US and Canada can follow the action on FloHoops. The World Tour begins on Friday and finishes on Saturday, September 20. More information on the World Tour website.