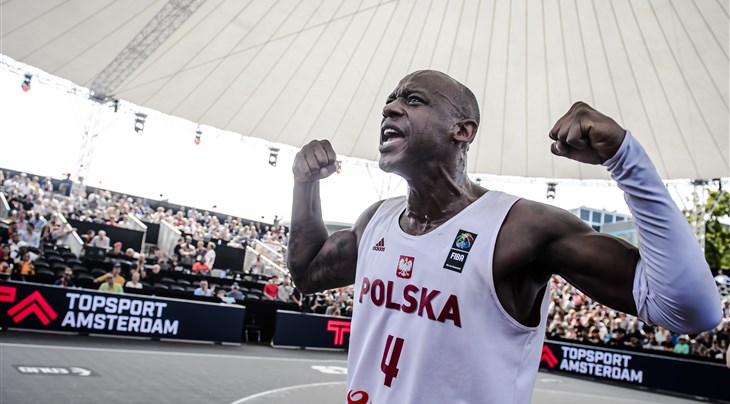 AMSTERDAM (Netherlands) - 4 men's teams and 4 women's teams will fight for the medals on the last day of the FIBA 3x3 World Cup 2019 in Amsterdam on June 23.

On the men's side, Poland, who finished 4th last year at the World Cup in the Philippines, will play a U.S team that reached the semi-finals for only the second time in FIBA 3x3 World Cup history. Last time they did, they lost the final against Serbia in one of the best 3x3 games ever. Both teams already met once, during the FIBA 3x3 World Cup 2014 and the Americans took the W. The US are the last undefeated team in the men's category.

The 3x3 'clasico' is back. Serbia and Latvia will meet once again where everything started for Lasmanis and company. Two years ago, they knocked out Serbia of the Europe Cup in the semi-finals in the exact same location. Serbia took their revenge last year by defeating them in the 3x3 Europe Cup final. Who do you got this time?

On the women's side, China will play reigning Asian champs Australia for the 4th time. The Aussies have never lost against China in FIBA 3x3 official competition. Last time was just 1 month ago in the pool phase of the Asia Cup.

This will be the third time France and Hungary meet in FIBA 3x3 official competition and France has a 2-0 record. Can Hungary win another heart-breaker? The team will need another star performance from Cyesha Goree, who ranks 2nd in the scoring charts.

On Olympic Day coincidentally, the 6 medalists of the FIBA 3x3 World Cup 2019 will stamp their tickets to the first Olympic Qualifying Tournament , which will take place in March 2020. Location and dates will be announced at a later stage.