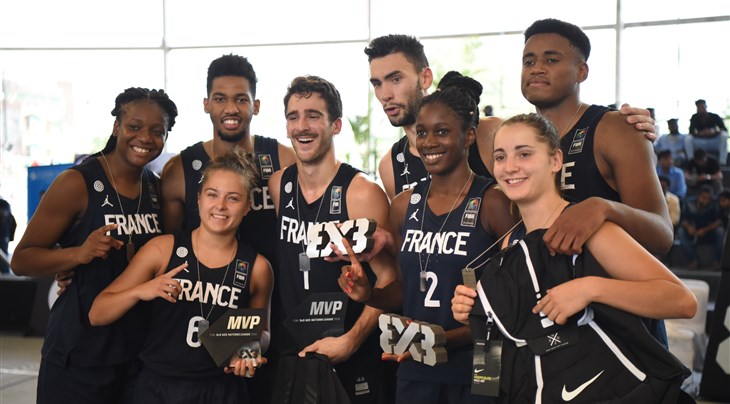 BUDAPEST (Hungary) – France will try to retain the FIBA 3x3 U23 Nations League title they won last year in both the men and women’s category at the World Urban Games in Budapest, Hungary on September 13-15.

On the men’s side, Russia seem to be the main candidate to dispute the French throne after winning 5 out of the 6 Stops in the Asian-European conference and finishing undefeated in 4 of them. The Russians, who bulked up their roster with Gagarin star Dmitry Cheburkin, were seeded alongside Ukraine, who won the Central-Eastern European Conference, Poland, who stole the show in the last conference Stops and Romania.

Reigning champs France won the West-South European Conference and they were placed with the Netherlands in Men’s Pool B. The Dutch squad was one of the most improved squads during the competition. They won no less than 3 Stops. Hosts Hungary, led by Attila Demeter and Belarus will try to prevent them from advancing to the knock-out rounds.

In the women’s category, Russia and France will play a much-anticipated clash in the pool stage. The Russians finished undefeated and dominated their conference, while France won 5 out of the 6 Stops. Keep an eye on France’s Lisa Berkani, who’s got more dimes than the Trevi Fountain. Good luck to the Netherlands and Romania making it out of Pool A.

In women’s Pool B, hosts Hungary will need the crowd support to advance as they were seeded alongside China - who reached the final in 5 out of the 6 stops in their conference - Ukraine, who bring back Viktoria Kondus, one of the best 3x3 prospects in Europe, and Poland.