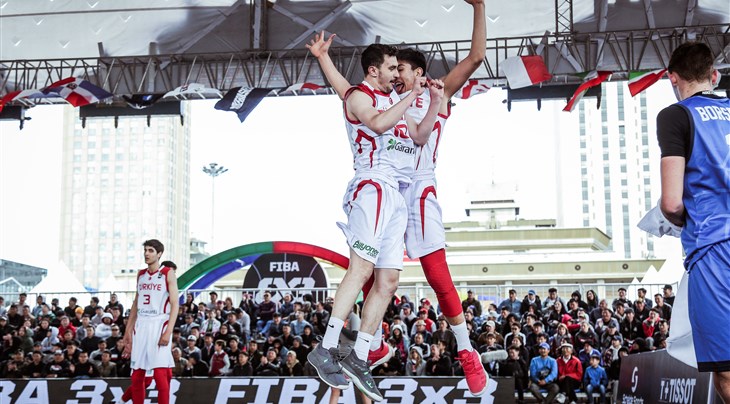 USA women continued their domination to conclude pool play with victories over Hungary (21-3) and Poland (21-10) as Rickea Jackson and Olivia Cochran continued to lead their scoring and benefit from the leadership play of Hailey van Lith.

A key victory for New Zealand against Hungary (9-16) saw them grab the second spot in Pool B and progress to the Quarter Finals of the competition.

Japan progressed to 4-0 in Group D with a further two strong wins over Romania (21-7) and Belgium (6-18) with Akira Kitagawa being the striking force with 26 points through four games.

Indonesia grabbed the second spot in Pool D in dramatic fashion with a buzzer-beater victory in overtime against Switzerland (15-13) before managing to hold off Belgium to win (15-14) in the final women’s pool game of the day.

In the men's side, Turkey improved to 4-0 with strong team play overcoming Jordan (8-16) and then keeping China (21-15) winless on day four, topping Group A and progressing in the competition. Italy meanwhile grabbed victory over a slow starting China (22-17) in the first game of the day and with confidence were able to secure a single point win over Slovenia (16-17) to secure second place in Pool A.

USA Men enhanced their good start with victory against Belarus (21-14) before handing hosts Mongolia (21-10) their first loss of the competition, however, Mongolia had done enough to qualify with the victory against Georgia (18-16) earlier in the day much to the delight of the home fans.