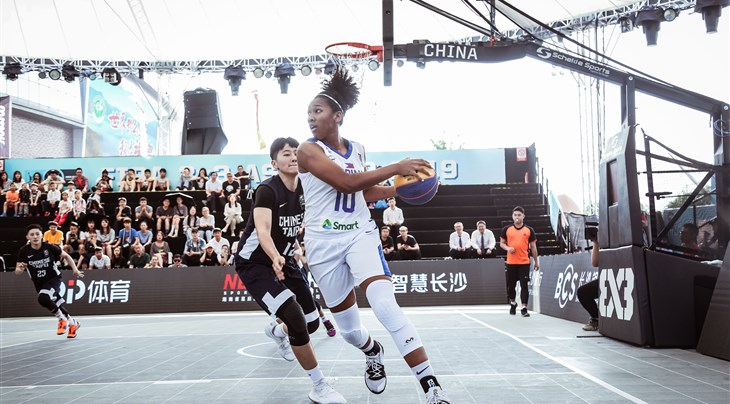 World Cup 2014 winners Qatar had a clean sweep and advanced to Men's Pool B, were New Zealand and hosts China await. The Philippines bounced back after a bad start yesterday, but their two losses on opening day were too much to overcome.

Chinese Taipei got a spot in Pool D after a dramatic win over Kyrgyzstan in overtime, courtesy of a Chun Yun Hao Tissot Buzzer Beater. They joined Indonesia and Kazakhstan in the Main Draw.

Chinese Taipei book their 🎟 to the #3x3Asia Cup main draw thanks to @chuyunhao_8’s @Tissot_Official Buzzer Beater!🔥

Last but not least in the men's category, India and South Korea fought until the end for the last spot in the Main Draw. South Korea got the last word after Seung Jun Lee scored his very own Tissot Buzzer Beater with time expiring. What's next for them in Pool C? No less than last year's 2 finalists, Mongolia and Australia.

In the women's category, the Philippines still remain undefeated in the competition and join Japan and Sri Lanka in women's Pool C after conceding just over 6 points per game on average in the qualifying draw.

Thailand got the last ticket to the Main Draw after defeating India in a tough game. (21-15). Turkmenistan and Iran are up next for them in women's Pool D.

The Main Draw of the FIBA 3x3 Asia Cup will be livestreamed on youtube.com/FIBA3x3 and facebook.com/FIBA3x3.

Check out the official website of the competition for the game schedule.