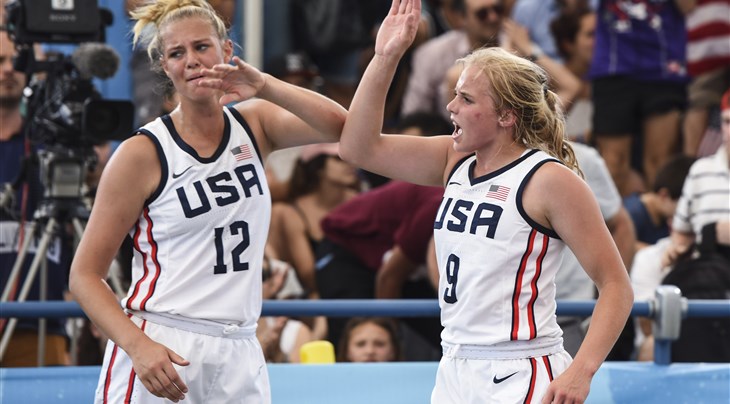 The FIBA 3x3 U18 World Cup returns in style after a one-year break due to the 2018 Youth Olympic Games, where hosts Argentina and USA claimed gold in the men’s and women’s respectively.

In the men’s, hosts Mongolia are drawn in a tough Pool C alongside basketball powerhouse USA, No.3 seeds Latvia, Belarus and Georgia. Champions of the FIBA 3x3 Asia Cup 2017, Mongolia will now be aiming for a strong showing in the U18 category in front of their enthusiastic fans.

The seeding is conducted automatically according to the FIBA 3x3 Federation Ranking of each national federation at the March 1, 2019 cut-off date. As per FIBA 3x3 regulations (Book 6), teams are seeded as follows:

No.2 Russia are pitted against rivals Ukraine, Turkmenistan, Kazakhstan and Dominican Republican in Pool B.

No.4 and No.5 Romania and Estonia square off in Pool D, which also features Brazil, Kyrgyzstan and Argentina. Each team plays the other four in their respective pools. The top two teams from each pool qualify for the last 16 and then play knock-out games until the final. With the exception of the bronze-medal game, there will be no classification games in the competition.

In the women's category, No.1 seeds and U18 Asia Cup 2018 champions China headline Group A, which also features Sri Lanka, Ukraine, Mexico and Egypt.

Hosts Mongolia are in Pool C alongside two-time champions France, Netherlands, Czech Republic and Philippines, who will be making their first appearance at the FIBA 3x3 U18 World Cup in the women's category.

No.2 Russia will play defending champions USA, Hungary, New Zealand and Poland in a tough Pool B.

No.4 Indonesia faces No.5 Romania, Switzerland, Japan and Belgium in Pool D.

Fans can find more information about the event on the official competition website and react to the seeding on social media with the hashtag #3x3U18.