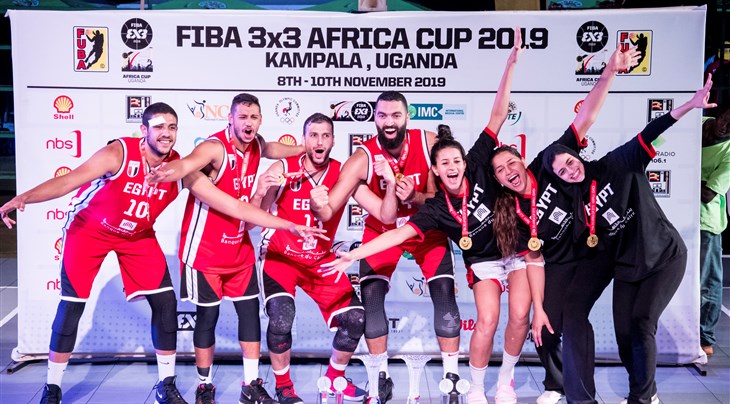 In the men's category, Egypt defeated the Democratic Republic of the Congo in the final (21-12) to win their first-ever FIBA 3x3 Africa Cup title. Mido Mohamed had a performance for the ages in the final, scoring no less than 15 points. He led all scorers with 49 points and was a no-brainer MVP of the competition.

Mido, who is only 23 years old, was joined on the team of the tournament by Arsene Mwana, who led the Democratic Republic of the Congo to the silver medal. Mamadou Keita, who guided Mali to the bronze medal, completed the trio.

Egypt star Soraya Mohamed was on another level in Kampala. She paced Egypt with 8 points in the final, including a clutch step-back 2-pointer with 15 seconds to go to ice the game. She put on an absolute show at the Africa Cup, topped all scorers and was logically named MVP of the tournament. Mali's top scorer Aïssata Maiga and Ritah Imanishimwe (Uganda) were also included on the team of the tournament.

Imanishimwe led the Ugandan hosts to bronze with a 21-15 win over Nigeria in the third-place game.

Egypt completed a perfect weekend as their men's U18 team also won the inaugural edition of the FIBA 3x3 U18 Africa Cup (Mali won in the women's category).