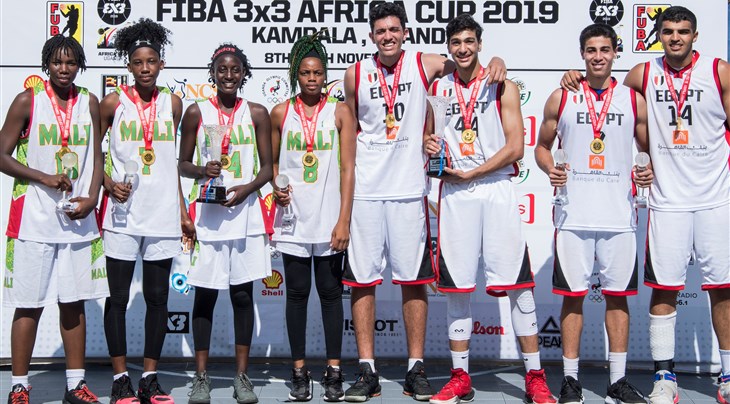 In the men's category, Mali got 2 trips to the free throw line down 1 with 5 seconds to go in the final against Egypt. They missed both and Egypt survived in a thrilling 14-13 win. Youssef Refaat had 7 for the winners in the final and was named MVP of the competition after leading his team in scoring.

He was joined on the team of the tournament by Bourama Coulibaly (Mali) and the top scorer of the competition, Mustapha Oyebanji, from Nigeria.

The bronze medal stayed in Uganda as the hosts defeated basketball powerhouse Nigeria (17-12) in the third-place game.

In the women's category, Mali continued their dominance over women's 3x3 in Africa with an incredible 17-4 win in the final over Uganda. No team managed to score 10 points on Mali in 5 games over the weekend.

Alima Kouyate (Mali) took home MVP honors. She was joined on the team of the tournament by teammate and tournament top scorer Diarrah Sissoko and local favorite Fildauce Namulema,

Nigeria struck bronze after edging out the Democratic Republic of the Congo in the third-place game (8-6).