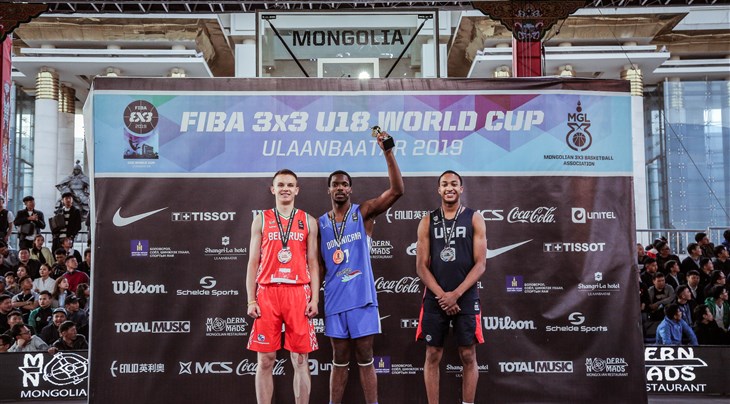 ULAANBAATAR (Mongolia) - Fuhit Edouard won the first-ever gold medal for the Dominican Republic in 3x3 at the FIBA 3x3 U18 World Cup 2019 Dunk Contest on June 7.

The Dominican strike gold at the dunk contest after defeating USA's Nimari Burnett by just one point (79-78). His best work came after a skillful football assist, finished by a powerful jam that made Ulaanbaatar roar.

Not even Messi could have do it better! 🔥#3x3U18 pic.twitter.com/ZTQcXl9e2X

The bronze medal went to Belarus' Aliaksei Navoichyk with 28 points after the first round.