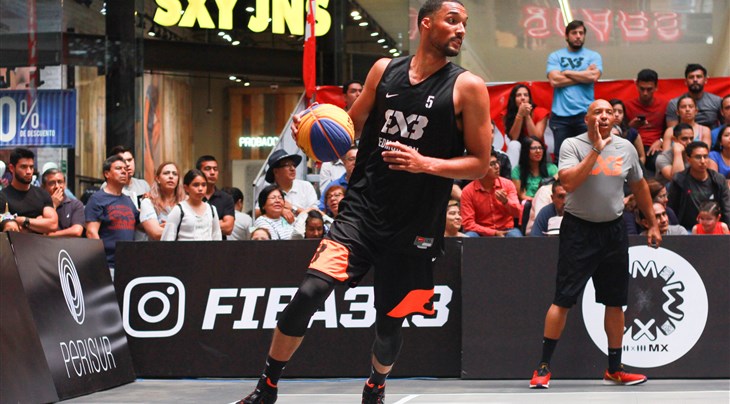 SASKATOON (Canada) - Rising Canadian power Edmonton (CAN) will get a chance to avenge a stinging recent defeat to Amsterdam (NED) in a blockbuster pool clash in the fourth Masters of the season in Saskatoon on July 20-21. There will be plenty of intrigue on Pool B which pits No.2 seeds Amsterdam and No.7 seeds Edmonton after the two teams squared off in a thrilling quarter-final at the recent Mexico City Masters.

Amsterdam prevailed in a tense contest 17-14 with livewire Dimeo van der Horst dominant with 10 points. With ‘Dime’ in heat check mode, the Dutchmen dazzled with a fourth-place finish in Mexico and their only loss was against eventual champion Novi Sad (SRB).

Edmonton have made an impact in their debut season and the support of local fans could see them move past the quarter-final stage for the first time at a Masters. They will be battling for crowd support when they clash with Winnipeg AP (CAN) who round out Pool B.

World No.2 Liman (SRB) headline Pool A, which also features Kranj (SLO) and Saskatoon (CAN), and they will be determined to break their Masters drought this season. The Serbs have made the final four of every Masters but fallen short.

It will be a special event for local heroes Saskatoon as this will be their last time competing in the FIBA 3x3 World Tour. Linklater and company announced their retirement after 7 years representing their city all around the world.

With arch-nemesis Novi Sad not in Saskatoon, Liman will have a golden opportunity to breakthrough particularly with Stefan Stojacic aka ‘Mr Robot’ starting to find the cheat code after returning from a long injury layoff.

Experienced team Piran (SLO) are the top seeds in Pool C and will be confident after winning the Poitiers Challenger earlier in the month. But they face a tough test against No.6 seeds Vrbas (SRB), who finished fifth in the loaded Belgrade Challenger.

Their impressive campaign ended in the quarter-finals by world No.3 Riga Ghetto (LAT) in a high-quality game.

Pool D should also be fascinating with in-form Zemun (SRB) looming as a serious threat after claiming the title in Belgrade with a stunning upset over Novi Sad. Their defense was miserly and Nikola Vukovic dominated inside to finish as the third highest scorer of the tournament.

They will meet Princeton (USA) in a mouth-watering clash with the No.5 seeds seen as a dark horse. Their title chances, however, have been made more difficult without star Robbie Hummel who has been replaced by his World Cup-winning teammate Kareem Maddox.

Maddox, along with fellow high-flyer Zahir Carrington, will ensure the rims will be rocking during Princeton’s games.

The 12 participating teams compete for USD $75,000 and points to climb up the World Tour standings. Unlike last year, the Masters winners do not qualify directly to the World Tour Final.