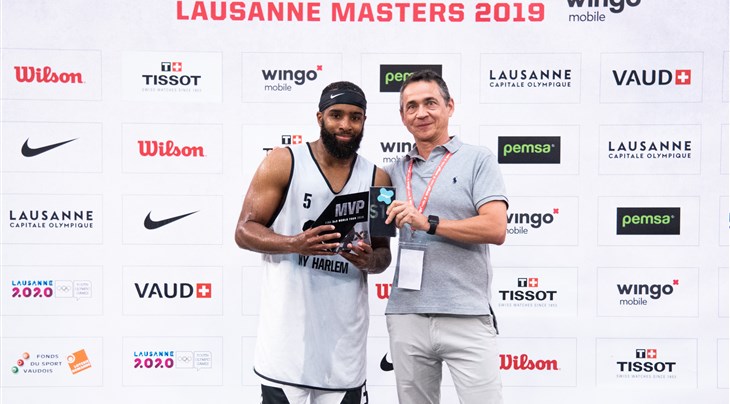 LAUSANNE (Switzerland) - Dominique Jones aka "Disco Domo" was named MVP of the FIBA 3x3 Lausanne Masters 2019 presented by Wingo after a stunning performance in the Olympic capital on August 23-24.

Disco Domo topped all scorers in Lausanne and stepped up when it mattered most. The diminutive dragster (5ft 10in., 1.78m) scored a game-high 10 points in the final on 6-10 shooting. He also had 2 Tissot Buzzer Beaters in the tournament. He led the entire tournament in 2 pointers made and drives too.

Second in the scoring charts was his teammate Kidani Brutus (who also had 2 Tissot Buzzer Beaters) with 33 points, and 3rd, Robbie Hummel, from Princeton, who had 29.