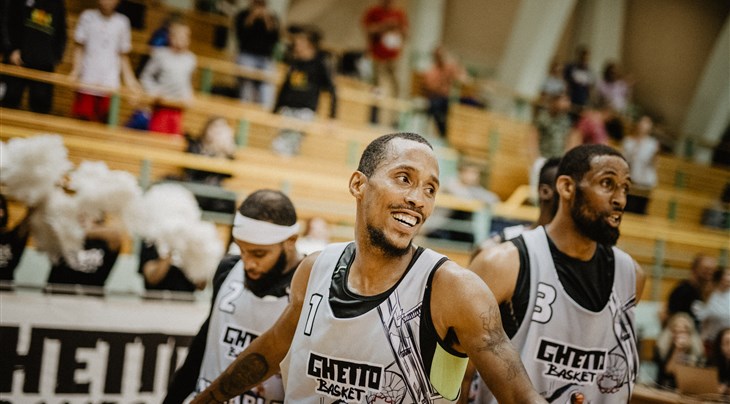 BUCHAREST (Romania) – In-form Princeton (USA) and NY Harlem (USA) are determined to issue a statement against the world’s best at the Raiffeisen Bank Bucharest 3x3 Challenger on August 10-11, 2019.

The New Yorkers are coming off a thrilling victory at the Ghetto Basket Riga Challenger, where they defeated Šakiai Gulbelė (LTU) in an epic final. Dominique Jones aka 'Disco Domo' had his groove on and scored an incredible 13 points in the decider to continue NY Harlem’s impressive season.

Basketball powerhouse USA have had a barren time on the World Tour in recent years but the recent form of NY Harlem and Princeton has suggested they can match the European powerhouses.

Led by scorching hot Robbie Hummel, Princeton made the Prague Masters final only to fall short against Riga Ghetto (LAT).

Hummel will be missing in Bucharest but the No.3 seeds still boast a talented line-up with the inclusions of the high-flying Kareem Maddox and the energetic Dan Mavraides.

The Americans will have to contend with the two top teams in the world – Novi Sad (SRB) and Riga Ghetto. After a shock early exit at the Prague Masters, world No.1 Novi Sad are determined to bounce back and regain their spot on 3x3’s throne.

Having taken out Masters titles in Chengdu and Mexico City, the Serbs were hot favorites to add a third in Prague but lost a quarter-final thriller to nemesis Riga Ghetto, who were the eventual champions.

Novi Sad will be without star Dejan Majstorović aka ‘The Maestro’, who just became a father.

Novi Sad might get a chance at revenge against world No.2 Riga Ghetto, who are coming off a disappointing quarter-final exit in front of their home fans at the Ghetto Basket Riga Challenger. They have a short turnaround and will be missing Nauris Miezis aka 'Robin' who has been replaced by Artūrs Strēlnieks.

No.5 seeds Edmonton (CAN) loom as another contender having impressed this season even though they keep falling in the quarter-finals at Masters. Balanga Chooks (PHI) could be a dark horse if they can regain their form from the Doha Masters, where they stunned Riga Ghetto and Moscow Inanomo (RUS) en route to a quarter-final finish.

Six of the top 12 ranked teams in the world will compete in the 16-team tournament. The winner in Bucharest takes home $15,000 USD and there is $32,000 overall in prize money - a significant increase from $20,000 in challengers last year.

The two top teams – apart from already qualified Riga Ghetto - will earn tickets for the Debrecen Masters on August 27-28 in the seventh stop on this season’s FIBA 3x3 World Tour.