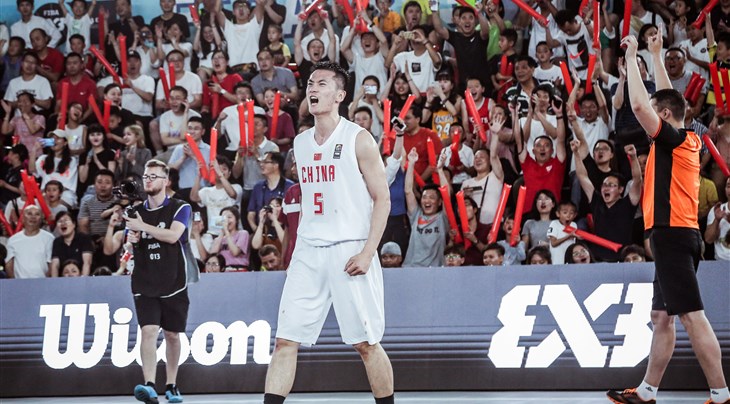 In the men's side, hosts China put the crowd on its feet after a dominant victory over World Cup 2014 winners Qatar (21-13). Yi Zheng led the game in scoring with 13 points. New Zealand, the third team in the pool, were eliminated after losing 2 nail-biters. Qatar clinched their ticket to the quarter-finals thanks to 2 clutch Tissot Buzzer Beater free throws from U18 World Cup 2016 winner Nedim Muslic.

Kazakhstan also advanced as first in their Pool in the men's side. After a complicated win over Chinese Taipei (21-19), they once again prevailed against Indonesia (17-14), who'd fallen short versus Chinese Taipei in another dramatic ending decided by yet another Tissot Buzzer Beater from Yun-Hao Chu (21-20).

In the women's side, Kazakhstan finished the pool play undefeated. They followed up an easy victory against Kyrgyzstan by a much tougher success over Mongolia (17-14). Just like the men, we will see Mongolia's women on the final day of action after their one-sided win over Kyrgyzstan.

Last but not least, Thailand keep dreaming after advancing in women's Pool D thanks to their win against Iran (21-14), Khwanjira Thongdaeng scored 10 points to make history for her country. Turkmenistan complete the bracket after advancing as first with two wins over Thailand and Iran.

In the Shoot-Out Contest, Rayirov Sapaly (TKM), Tran Khoa Dang (VIE), Tamara Yagodkina (KAZ) and Chimeddolgor Enkhtaivan (MGL) are the two men and two men respectively who will compete for the medals tomorrow.