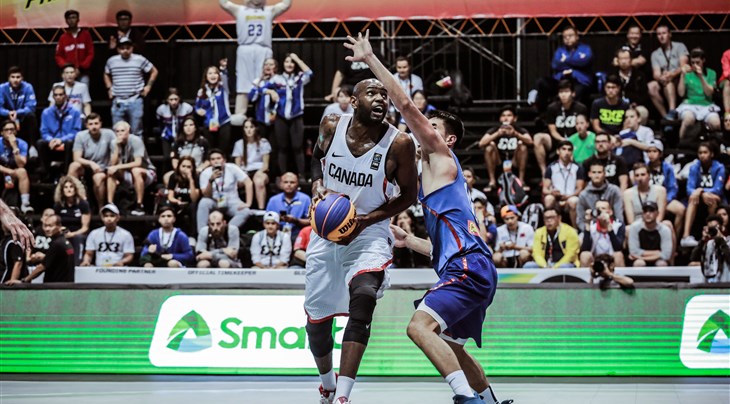 SAN JUAN (Puerto Rico) - Canada's men will compete at the FIBA 3x3 World Cup Qualifier 2019 in San Juan, Puerto Rico after Nigeria had to cancel their participation due to visa issues.

Canada will look to return to the FIBA 3x3 World Cup, one year after finishing 6th overall when they travel to Puerto Rico on May 4-5.

The squad will be placed in Men's Pool A alongside France, Germany and Italy and will have to finish in the top 3 to advance. The pool winners are directly qualified for the semi-finals. The teams ranked 2nd and 3rd will face the 3rd and 2nd in Pool B respectively. The winners of the semi-finals will be qualified directly to the FIBA 3x3 World Cup 2019, while the losers will play a final game for the last spot to the competition, which will take place in Amsterdam, Netherlands on June 18-23.

The team roster will be announced at a later date. Who do you think should make the team?