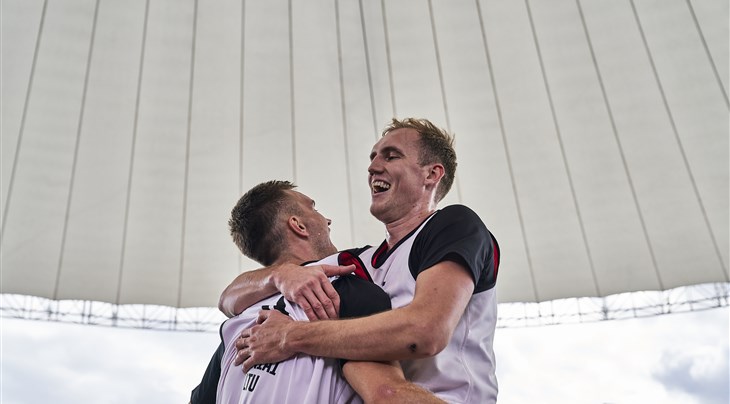 SUKHBAATAR (Mongolia) - In-form Sakiai Gulbele (LTU) will be aiming to continue their giant killing run at the MMC Sukhbaatar Challenger on September 13-14, 2019.

The World No.11 claimed their first Masters title with a stunning victory in Montreal earlier this month. Sakiai upset world No.1 Novi Sad (SRB) in the semi-finals before knocking off fan favorites Edmonton (CAN) in the final.

The No.4 seeds boast the same title-winning lineup, including Montreal Masters MVP Marijus Uzupis who had a team-high 37 points in the tournament.

After their surprising exit in Montreal, Novi Sad will be eyeing revenge after an agonizing 21-19 defeat in the semis. Underlining the depth of teams and explosion in talent on the FIBA 3x3 World Tour, the Serbs have had a far tougher time this season although still won Masters in Chengdu and Mexico City.

Their chances of going all the way in Sukhbaatar have been made harder with superstar Dusan Bulut aka Mr Bulletproof not playing and replaced by Marko Zdero.

No.2 seeds Liman (SRB) couldn't make it two Masters titles in a row after losing to Edmonton in the semis but could be excused for falling short. They ran out of gas after playing with just three players and being without superstar Stefan Stojacic, who still won't play in Mongolia.

With doubts hovering over the top two seeds, No.3 seeds NY Harlem (USA) are looking poised to strike. The New Yorkers had been one of the hottest teams on the World Tour culminating in a historic triumph at the Lausanne Masters.

But they bowed out in the quarter-finals against Novi Sad in Montreal and will be keen to get back to their winning ways. They will be led by shooting extraordinaire and wizardry ball-handler Dominique Jones and high-flyer Marcel Esonwune who always ends up in the top plays whether it be for a monster dunk or block.

There are five teams from Mongolia in the draw headlined by Ulaanbaatar MMC Energy, who are the No.5 seeds and always super competitive.

Eight of the top 26 ranked teams – including three of the top four - in the world will compete in the 15-team tournament. The winner in Sukhbaatar takes home $15,000 USD and there is $32,000 overall in prize money - a significant increase from $20,000 in challengers last year.

The two top teams – other than already qualified Utsunomiya (JPN) - earn tickets for the Jeddah Masters on October 18-19 in the 11th stop on this season’s FIBA 3x3 World Tour.