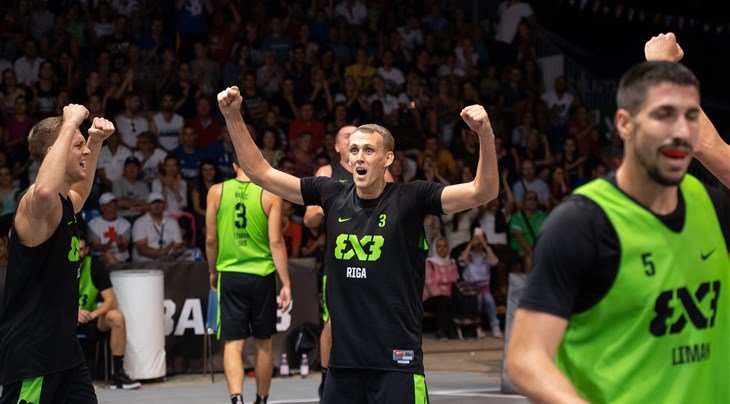 DEBRECEN (Hungary) - The top 5 teams in the World will compete in a loaded FIBA 3x3 World Tour Debrecen Masters 2019 in Hungary on August 27-28.

Talk about a taste of the World Tour Final: the Debrecen Masters 2019 will feature 9 of the top 11 teams in the World competing in the iconic 3x3 location of Kossuth Square.

Top seed Novi Sad (SRB) are back in Debrecen to win their 3rd title in the front of the Great Reformed Church. They will look to redeem themselves after losing in the quarter-finals of the Prague Masters one month ago against Riga Ghetto, who headline Pool B. Things will get serious as early as the pool stage where the reigning champs
will face Bucharest Challenger runner-ups Edmonton (CAN) and the 11th best team in the World, Gagarin (RUS).

No snoozing allowed for Riga Ghetto either, who have the 9th team in the world Vrbas (SRB) and the local favorites from Debrecen (HUN) for breakfast. The Hungarian squad features Attila Demeter, who brought the country a bronze medal (and a spot in the team of the tournament) last year at the FIBA 3x3 U23 World Cup.

If you think that's not enough, Lausanne Masters runner-ups Princeton (USA) were seeded in Pool C with the leaders in the World Tour Standings: Liman (SRB), who will miss their captain Stefan Stojacic, who still hasn't fully recovered from his leg injury. They will be joined by the winners of the Qualifying Draw A, which brings together Lausanne (SUI), Smed Palanka Armageddon (SRB) or red hot Jeddah (KSA), who just won the XiongAn Challenger last weekend.

Last, but not least, Pool D has more stars than the American flag with World Tour Lausanne Masters winners NY Harlem (USA) and the #5 team in the World Piran (SLO). NY Harlem will be without the World Tour top rebounder Marcel Esonwune, but bring back Antoinne Morgano and "Super Dave" Seagers. The last team in the pool could be Nantes Aderim (FRA) - who came a miracle shot away from defeating NY Harlem in Lausanne - Sosnovy Bor CopRosatom (RUS) or Peterborough (GBR).

You can watch the FIBA 3x3 World Tour Debrecen Masters on youtube.com/FIBA3x3