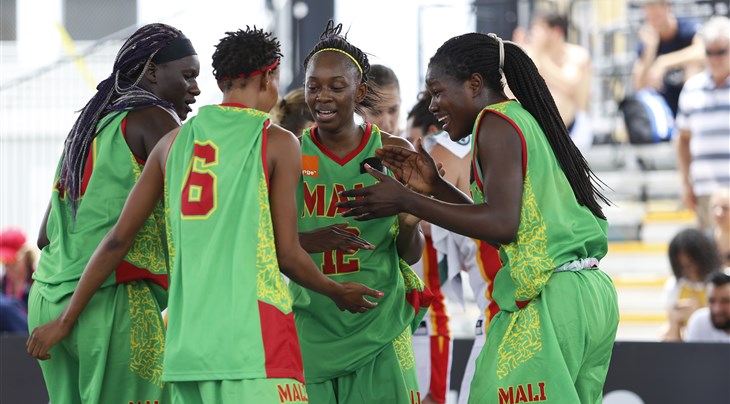 The two-time defending champions are again one of the fancies as the No.2 seeds but boast a different team to last year's title-winning squad. There will be a lot of attention on 19-year-old Assetou Sissoko, who showcased some of her potential at the FIBA 3x3 World Cup Qualifier 2019.

Mali headline Pool B alongside Egypt, Benin and Botswana. Their toughest clash is expected against No.3 seeds Egypt who have the imposing Nouralla Abdelalim.

No.1 seeds Uganda are the team to beat in Pool A and they have a proud history at the event with a bronze medal in 2017 and finishing fifth last year.

In the men's bracket, No.1 seeds Niger highlight Pool A which also features Botswana and Kenya. Abdoul Amadou will be a player to watch for Niger in his debut at the tournament.

No.2 seeds Egypt have top billing in Pool B and are led by the legendary Ahmed El Sabbagh, who comes from Egyptian basketball royalty. He has been at the core of Egypt's rise in 3x3 and success in Uganda will be one of the crowning achievements of his brilliant career. Egypt won't have it easy in the competitive group with Mali's 3x3 firepower not just confined to its women's team. The men's team also boast serious talent, particularly strongly-built Benke Diarouma who will be making his national debut.

No.3 seeds Madagascar are favored in Pool C with their hopes pinned on sharpshooter Elly Randriamampionona discovering his hot hand from deep. He was part of Madagascar's bronze medal effort at FIBA 3x3 Africa Cup 2017.

Pool D is headlined by a mouthwatering clash between No.4 seeds Uganda and No.5 Nigeria. Uganda claimed silver last year and boast excitement machine Tonny Drileba, who is an athletic marvel and has a sweet stroke from deep.

Talented Nigeria loom as a major threat to Uganda and there will plenty of attention on the towering Ibe Agu, who makes his debut with the 3x3 national team.

The tournament has shifted to Kampala after the inaugural two editions were held in Lomé, Toga.